Kathmandu, Nepal -- For more than a decade, Ani Choying Drolma - a most unlikely of rock stars - has shared Buddhism's sacred chants with a growing number of fans worldwide. But she found this path almost by accident. 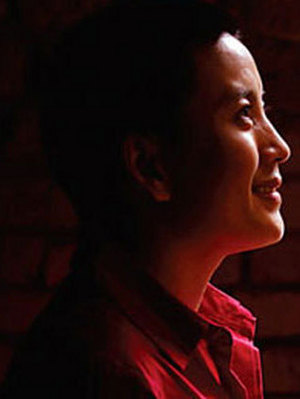 Ani Choying Drolma can't remember when she started singing, but she does know that her formal training began at 13 when she joined the Nagi Gompa monastery near Kathmandu.

Soon after her arrival, the Rinpoche, or head Lama, recognized her talent. He and his wife began teaching her sacred chants, following a tradition that has been passed down from teacher to student for generations in the Himalayas.

"They often made me sing on whatever occasion took place," she says. "I used to be entertainer for everyone. But somehow my teacher and his wife were really, really enthusiastic about my singing. I used to enjoy it, but without thoughts or ideas of what they were up to. But now I really, really see it clearly. They knew it — what my future was."

So far, Drolma has recorded 10 albums, including her latest, Inner Peace II. Some monks have made it big with their chanting, but few, if any, nuns have. Drolma's music combines Tibetan melodies with traditional and contemporary instruments, like singing bowls and synthesizers.

Drolma's voice may sound like a mountain stream, but underneath, her passions are like a storm on top of Mt. Everest. Her vocal power comes from a complicated mixture of devotion, confidence and anger. She confesses that she didn't become a nun out of faith, but rather to escape from her father, who beat her almost every day.

"At the very beginning of my stay at the monastery, I was still very wild, with a lot of negativity in my heart, in my mind," she says. "I was always ready to protect myself. That means to be angry or to fight. But that slowly, slowly transformed. ... Once when my mother visited, and she asked [a monk], 'so how is she doing?' This monk said, 'Oh Ami-La, she is now like a Bhodisattva (female Buddha) before she was like a devil!'"

Drolma's journey to the world stage started in 1994 when musician Steve Tibbetts first heard her sing. Amazed by her voice, he taped her and sent the recording to legendary music producer Joe Boyd.

Boyd gave her a thumbs up, and Tibbetts returned to Kathmandu in 1997 to record the album Cho with her. A year later, he brought Drolma and two other nuns to tour in the U.S. Their first concert at the Iron Horse Saloon in Amherst, Mass., had its share of technical difficulties.

"The nuns, or anis, were not used to monitor speakers, lights or people watching them. For the first show, a lot of our songs started with the band playing and ended with the nuns singing solo," says Tibbetts. "I guess, personally, I thought it was not exactly a disaster but difficult. The crowd didn't think so. They formed a human scrum around Choying after the show."

That scrum has grown larger ever since. Now Drolma tours six months a year in countries like Brazil, China, Singapore, Russia and France. Doris Grimm organizes her summer tours in Germany.

"It makes me really calm," Grimm says. "I slow down. I feel the happiness in the music, the joy. I relax and my heart get opens wide, especially when she sings the mantras."

But it wasn't always a love fest. When she began singing these songs publicly, other Buddhists criticized her — a lot. She turned to her teacher, the meditation master Tulku Urgyen, for advice.

"I asked him with the motive that if he says it's not good to do it, then I wouldn't have done it," she says. "But then he was so positive, and he said, 'Well, these are all great powerful mantras it doesn't matter whoever — whether they are believers or nonbelievers — whoever gets to hears it will be benefited. It's a good idea. That was very strong enough for me in my heart to go forward."

When Drolma was a teenager, foreigners would often visit the simple Nagi Gompa monastery to study with her famous teacher. They gave her the nick name Ani Chewing Gum, taught her English and introduced her to the blues.

"Long ago, when very, very [sic] first time when I had a tape recorder, and I wanted to have some Western music to listen to, I only could buy Hindi songs or Nepali songs," she says. "So, I asked someone, a Western disciple of my teacher: 'Can you help me to get Western music?' And that person gave me a Bonnie Raitt cassette."

"And then when I saw this lady coming up to me, and I said 'Oh my God,' and she walked up to me and she said 'Hi, my name is Bonnie Raitt and I am one of your greatest fans,'" she says. "I said: 'Are you kidding? Actually, I am your fan.'"

"She was quite surprised to know I knew her," she says. "She called her friends the band, and said: 'Hey, guys listen to this — isn't it great — she knows me!'"

In Kathmandu, everyone knows Drolma. When she's in town, it is nearly impossible to see her. She supports more than a dozen charities through her Nun's Welfare Foundation, she's building Nepal's first kidney hospital and she runs a boarding school for girls.

Judith Amtzis, an old friend, believes Drolma has helped bring Buddhist nuns out of the shadows.

"She's a very visible nun and maybe she's making other nuns visible too," she says. "She's very unique. Even the fact that for many years she's driven her own car. When she started driving around, there weren't even that many women driving, let alone nuns driving. She's not afraid at all to break convention."

Drolma makes it a point to break convention. She sees her music — and its profits — as a vehicle to create opportunities for women and girls. In 2000, she founded the The Arya Tara school, the first school in Nepal to offer both Western and traditional Tibetan studies to nuns.

Choying Sombo graduated two years ago. She sports pink high tops and her flip-top phone resembles a mini-shrine to Justin Bieber. She manages Drolma's Facebook page, juggles her tour schedule and keeps an eye on the school, which is home to about 70 girls, ages 7 to 23, who she says are like her sisters.

"They all have their own stories and they all have some kind of difficulties," she says. "Some were forced to marry at a young age and some were attacked by Maoists and some came from Tibet and no place to stay here."

Drolma says she believes anyone can benefit from listening to her music. You don't need to understand Tibetan, she says; it is a universal language.