Singapore -- The movie tagline of the 2010 take on 'Gulliver's Travels' says, 'A magical land. A comedy of epic proportions.' The protagonist's encounter with Lilliput, though fantastical, shares real lessons too. 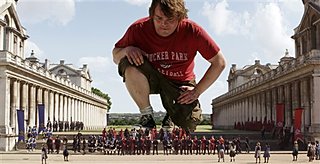 That's what makes fantasy stories truly magical - when they are creatively practical! Comedic as this version is, it does tell of a common tragedy too, of faulty habitual perceptions, of how we tend to judge one another by appearances.

Literally 'huge' discrimination by size is featured in the film! Big guys are not always beasts or monsters; they can be gentle or funny giants too. (Oh yes, you won't miss the 'giant' product placement of a mega-sized iPhone as seen by Lilliputians!)

Gulliver the office mailman is used to belittling himself, calling himself one of the 'little people', who should preferably not even be seen or heard while he does his work. When he reaches the land of the tiny, he is forced to be the inverse, the big star, the centre of attraction. And hey, he starts to enjoy his status after being customarily demonised for a while at first. The ordinary guy became extraordinary in an extraordinary environment, simply by virtue of his relative size? He does have a genuine virtues too - a good heart, which is given the chance to shine.

A small nobody can indeed become a big somebody - but only if one's heart is big enough. Size does matter to some extent, but physical size does not matter as much as the size of the heart! This is another way of looking at 'mind over matter'!

His was a case of reversal of fortune... which reverses to its extreme opposite when he later stumbles into a land of giants. This reminds me of Moggallana, the Buddha's disciple foremost in supernormal powers, who travelled to a distant world system, where he 'came' to be worm-sized, humbled in the mind-blowing presence of giant humans... with a giant Buddha! Buddhism is in tune with the reality of relativity - in terms of cosmic dimensions too.

And any size is ultimately 'empty' of any inherent significance unless there is relative comparison!