Sri Lanka must have a Constitution based on Buddhist principles & values

Colombo, Sri Lanka -- Democracy and democratic systems cannot be based on a history conveniently interpreted to be read from Doctrine of Discovery onwards denying the civilizational histories and indigenous governing and legal systems that prevailed. 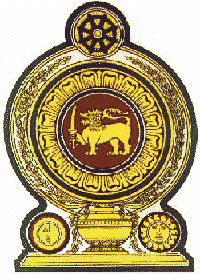 Thus, the Buddhist foundation that powered governance and rule throughout Sri Lanka for over 2300 years cannot be brushed aside simply because it does not gel with the democratic ideologies of the West and are not fanciful enough for a handful of locals dependent and subservient to the West.

The countenance of a country’s constitution if that is to be considered the soul of the nation and its people cannot remove or disassociate itself from the civilizational history, heritage based on the Buddhist foundation that over 180 Sinhala Buddhist kings followed which the South Indian invaders including King Elara followed as well.

Therefore, it is an unconditional must that Sri Lanka’s constitution must be based on Buddhist values and principles and uphold the prominence and foremost place with State patronage to Buddhism – a religion by virtue of its philosophy automatically affords compassion to other religions as well.

“The religion of Buddho professed by the Chiefs and inhabitants of these Provinces is declared inviolable, and its Rites, Ministers and Places of Worship are to be maintained and protected.” (1815 Kandyan Convention Article 5)

The "dasa raja dhamma" (see: http://en.wikipedia.org/wiki/Dasavidha-r%C4%81jadhamma)practiced by rulers of Sri Lanka was never abandoned by choice. Colonials and their stooges subtly began diluting its place attempting to make it irrelevant. The best that Christian educated SWRD Bandaranaike could deliver despite the Bauddha Balavega expecting a reversal of historical injustices to Buddhism and the majority Buddhist populace was to offer a half-baked solution - Sinhala Only policy.

Strong impositions by global systems (political, economic and media) under control of Christian/Islamic influence forced Sri Lanka’s leaders to adopt a very lukewarm attitude to preserving its Buddhist identity. Compromise and giving up one’s traditional space and historical heritage sites was demanded in the name of reconciliation and peaceful coexistence. It has come to a level where Buddhists have given up so much that there is hardly anything to give away and when it comes down to the wire the Buddhists will have only the sea to jump to.

The current 19th amendment attempts to put a further nail – Article 9 will afford the legal systems to argue in context with new Article 33 and enable the foremost place of Buddhism to be challenged and dilute its place on technical judicial decisions.

With the attempts to change the current constitution what needs to be put into context is that the drafters are taking expert advice from nations that uphold and have yet to revoke the 1493 inter cetera bull (a Papal Bull that deems it RIGHT to take over non-Christian nations even if inhabited and convert them. The lands that Columbus and other conquerors took possession of were considered as belonging to nobody because they were not the property of any Christian nation). For 500 years this doctrine was followed and is now replaced with R2P doctrine of Responsibility to Protect and Use of Aggression implying humanitarian military intervention and ultimate occupation and takeover of assets belonging to nations by charging national leaders with war crimes or assassinating them if need be.

Thus the orders to ‘invade, search out, capture, vanquish and subdue all non-Christians’ and reduce them to perpetual slavery still stands. These ancient laws of Christendom were incorporated into a 1823 US Supreme Court decision (Johnson v McIntosh).

96 million lives have to be accounted for by colonial rulers and the Church while at the other spectrum Muslim expansionism through the sword also took territory and converted people. Thus, together these two religions used the power of their faiths and beliefs to kill or convert people and change geographical boundaries and it is their inputs that others are made to tap into in drafting constitutions totally ignoring values and systems of governance that prevailed minus the animosities that became the hallmarks of the value systems followed by these 2 religions. Both cannot hide that billions are spent and allocated to spread their faith and increase their numbers through conversions – such practices are always hidden under ‘secular’ ‘multicultural’ notions.

In 423 AD King Mahasen sent a letter to the Chinese Emperor “our ancient kings considered the practice of virtue as their only duty, they knew how to rule without being severe and honored the Three Jewels; they governed and helped the world and were happy if men practiced righteousness”.

When the American and British armies are turning to Buddhist meditation for solace, when Western pregnant mothers are turning to Buddhism and a rising number of people in the West are realizing the sublime and compassionate teachings of Buddhism it is imperative that as capitalism’s never ending hunger for profit is dehumanizing people we need a national constitution with the leaders and emissaries following valued based systems. The successful reigns of all of Sri Lankan’s kings following the dasa raja dharma and in turn passing on these values to the citizens is nothing anyone can argue against given the need to create a compassionate society from the horrors we see and hear taking place around us. Sinhalese, Tamils and Muslims lived peacefully pre-colonial arrival. It was after the successful divide and rule polices of colonial rulers that the communities were steered to fight each other. We need to return to times and practices that brought peace.

All attacks against Buddhism come from those that represents ideology of inter cetera because they expansionism for profit and plunder refuses to be challenged or replaced.

However, a constitution re-implementing the dasa raja dharma of the past together with Buddhist economics, legal systems/jurisprudence based on Buddhist right livelihood, Buddhist virtues for adult and child will help upgrade the society from the level it is currently in. All that people of other faiths should want is to be able to peacefully without obstruction practice their faith – the trouble arises when their institutes wish to expand and use them as bargaining tools. People must realize this.

1972 Constitution “ The Republic of Sri Lanka shall give to Buddhism the foremost place and accordingly it shall be the duty of the State to protect and foster Buddhism, while assuring to all religions the rights granted by Articles 18 (b)

1978 Constitution; The Republic of Sri Lanka shall give to Buddhism the foremost place and accordingly it shall be the duty of the State to protect and foster the Buddha Sasana, while assuring to all religions the rights granted by Articles 10 and 14(1)(ed).

Bhutan’s constitution is Buddhist inculcating Buddhist values and traditions – Bhutan is a nation that has no zoos and is often referred to as the world’s Happiest Nation and has the second highest GDP in the world while maintaining its environment, natural resources, and cultural identity. This is what Sri Lanka needs to protect too – Sri Lanka’s 2600 history, heritage, culture values and Buddhist identity of the country cannot be bargained or should be allowed to be uprooted through a foreign influenced Constitution that seeks to destroy the history and identity of the country.

A Constitution based on Buddhist values is nothing any non-Buddhist can oppose. It is the only religion that can harmonize society with its compassionate teachings relevant to both man and animal. It has no hidden agendas of expansionism in terms of territory, people or profit. There is no constitution in this world that is 100% successful however it is in incorporating a compassionate governance style from leader to citizen that enables equal dividends to all.

Good governance needs true values and how to reach those values not fancy words and texts.

With good will for the entire cosmos,
Cultivate an infinite heart and mind:
Beaming above, below, and all around,
Unobstructed, without trace of hostility.