Buddhist Economics and A GMO rethink

“Wisdom demands a new orientation of science and technology towards the organic, the gentle, the non-violent, the elegant and beautiful.” - E. F. Schumacher, Small Is Beautiful, 1973

San Francisco, CA (USA) -- Discussions about plant genetic engineering often reflect two starkly opposing narratives. On the one side are the angry mobs who invade research farms to destroy fragile green rice seedlings deemed “GMOs”. On the other, are the scientists who call for calm and respect for publicly funded research. Too often, it seems, there is little mutual understanding. 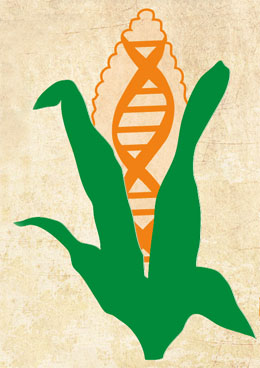 But times may be changing.

In a forum yesterday hosted by the Boston Review Magazine, a group of  journalists, activists, plant biologists, and farmers as well as academic experts in food security, international agricultural and environmental policy sat around a virtual table to find common ground. All accepted the broad scientific consensus that the process of GE does not pose inherent risks compared to conventional approaches of genetic alteration and that the GE crops currently on the market are safe to eatand safe for the environment. That agreement allowed the discussion to move forward to a more societally relevant issue- the use of appropriate technology in agriculture.

Few consumers question the utility of reading Scientific American’s Food Mattersonline or using the most efficient technology to do it. Yet many are hesitant to embrace technology when it comes to food and farming. Some find the use of plant genetic engineering (GE), a modern form of plant breeding particularly distasteful.

Yet GE is just one of many technologies used to alter the genetic makeup of our crops. Today virtually everything we eat is produced from seeds that have been genetically altered in some manner.

Conventional methods include grafting or mixing genes of closely related species through forced pollinations, as well as radiation treatments to induce random mutations in seeds.  Such approaches are imprecise, resulting in new varieties through a combination of trial and error, without knowledge of the function of the genes affected.

GE introduces one to few well-characterized genes resulting in fewer genetic changes. In contrast to most conventional approaches, GE allows for introduction of genes from distantly related species, such as bacteria. Over the last twenty years, scientists and breeders have used both conventional and GE technologies to create crop varieties that thrive in extreme environments or can withstand attacks by pests and disease.

What criteria can scientists, farmers and consumers use to assess which type of these genetic technologies is most appropriate for agriculture?

In his 1973 book Small is Beautiful, economist E. F. Schumacher states that an appropriate technology should be low cost, low maintenance and promote values such as health, beauty, and permanence. Environmentalist Stewart Brand used a similar framework to select new technologies for inclusion in his 1969 Whole Earth Catalog. One of the purposes of the Whole Earth catalog was to facilitate a creative or self-sustainable lifestyle.

Take, for example, Golden Rice, a provitamin A–enriched rice developed through genetic engineering that comprises many of the properties advocated by Schumacher and Brand. Consumption of Golden Rice, within the normal diet of rice-dependent poor populations, could provide sufficient vitamin A to reduce substantially the 6,000 deaths caused every day by vitamin A deficiency and save the sight of several hundred thousand people per year. This “biofortification” approach is important to poor farmers and their families in developing countries who lack nutrients and cannot pay the price of improved seed. It is widely considered an improvement on conventional supplementation programs, such as the World Health Organization’s distribution of Vitamin A pills, which costs 40 times more and often does not reach the rural poor who have little access to roads.

Golden Rice is an excellent example of how a particular genetic technology can appropriately serve a specific societal purpose – in this case, enhancing the health and well-being of farmers and their families. It is a relatively simple technology that scientists in most countries, including many developing countries, have perfected. The product, a seed, requires no extra maintenance or additional farming skills. The seed can be propagated on the farm each season at no extra cost through self-pollination and improved along the way.

Can we conclude from the example of Golden Rice that all GE seeds fall into the category of appropriate technology? Unfortunately it is not that simple. Each agricultural technology must be evaluated on a case-by-case basis.  It is not informative to group all “GMOs” together without regard to the purpose of the engineering, the needs of the farmer, or the social, environmental, economic, or nutritional benefits.

This central point is addressed by several participants in the Boston Review forum. Journalist Marc Gunther highlights the conspiratorial narrative about GE technology favored by some corporate supported anti-GMO activists. Greg Jaffee, Director of Biotechnology at the Center for Science in the Public Interest points out that better farm management is crucial  to ensure that future GE crops benefit farmers, consumers and the environment.

Margaret Mellon, Senior Scientist at the Union of Concerned Scientists argues that GE is not a transformative technology.Rosamond Naylor, Director of the Center on Food Security and the Environment at Stanford University discusses the ethics of GMOs in light of persistent hunger and malnutrition. Robert Paarlberg, author of Food Politics: What Everyone Needs to Know outlines the effectiveness of anti-GMO campaigns in blocking the use of modern technologies in the developing world. Nina Fedoroff, Professor of Biology at Pennsylvania State University and former President of the American Association for the Advancement of Science describes the pervasive disconnect between what is true and what people believe to be true about GMOs.

Tim Burrack, Farmer and Vice Chairman of Truth About Trade and Technology  gives an account of today’s farmers who are growing more food on less land than ever before using biotechnology as an essential ingredient. Jennie Schmidt, Farmer and registered dietician reports that farmers choose GE crops because they are economically and environmentally advantageous.

Jack Heinemann, Lecturer in Genetics at the University of Canterbury reminds us that reliance on seed technology alone will not avert agricultural catastrophes. Their commentaries are posted online (just click on names to view each one) and the entire forum will be available in print form in the September Issue of the magazine. Kudos to Boston Review’s editor Deborah Chasman and Managing Editor Simon Waxman for launching this forum.

One unusual and important aspect of the forum compared to many other discussions on GE crops is that it was science-based, critically reviewed and included the perspectives of farmers –the 1% of US workers that actually produce the food that the rest of us eat and who are at the forefront of evaluating the effectiveness of specific agricultural technologies.

Despite the massive number of technical reports attesting to the safety and environmental benefits of GE crops over the pasts decade, science-based information about food, farming and genetics has only trickled out to the public through government agencies and science-based blogs such as Biofortified.org, Ucbiotech.org,Academicsreview.org. Recently, however, to the delight of plant biologists, farmers, food security experts and skeptics, this trickle has turned into a torrent of excellent reporting.

As more information is made available demystifying what farmers and plant breeders actually do, the public dialog about GE crops is becoming more sophisticated. Even chefs are taking time out of the kitchen to reevaluate their stance on modern agricultural technologies. Mark Bittman, widely admired for his culinary skills (check out his practical lunch tips) and beautiful prose, recently visited one of my neighbors here in the Central Valley (the source of 50 % of U.S. fruits, nuts and vegetable) to learn about tomato farming. He wrote an unusuallythoughtful and respectful piece on the approaches the Rominger farm in Winters is taking to advance ecologically based management practices using modern technologies.

What technology then is truly “appropriate” for agriculture? There is no simple answer to this question. Instead of focusing on how a seed variety was developed, we need to frame discussions about agriculture in the context of environmental, economic, and social impacts—the three pillars of sustainability. We must ask what most enhances local food security and can provide safe, abundant, and nutritious food to consumers. We must ask if rural communities can thrive and if farmers can make a profit. We must be sure that consumers can afford food. And finally we must minimize environmental degradation. This includes conserving land and water, enhancing farm biodiversity and soil fertility, reducing erosion, and minimizing harmful inputs. The most appropriate technology for addressing a particular agricultural problem depends on the context.

As the physicist and philosopher Jacob Bronowski pointed out fifty years ago, “We live in a world which is penetrated through and through by science and which is both whole and real. We cannot turn it into a game by taking sides. . . . No one who has read a page by a good critic or a speculative scientist can ever again think that this barren choice of yes or no is all that the mind offers”.

-------------
First posted on Scientific American Food Matters. Pamela Ronald is Professor of Plant Pathology at the University of California, Davis, where she studies the role that genes play in a plant’s response to its environment. Her research focuses on the genetics of rice. With her husband, she co-wrote Tomorrow's Table:organic farming, genetics and the future of food. She writes a blog of the same name.