Boston, MA (USA) -- During his visit to Boston last week, His Holiness the Dalai Lama addressed attendees at a private benefit hosted by Boston philanthropist Bobby Sager to support the Dalai Lama Center for Ethics and Transformative Values at MIT. 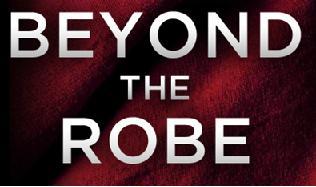 The Dalai Lama discussed the impact of the "Science for Monks" program, designed to incorporate Western science into the core monastic curriculum taught at the major Tibetan Buddhism institutions in India.

"Now at these monastic institutions, science as a subject has been incorporated into the monastic curriculum, not just for selected individual students," the Dalai Lama said. He described the addition of Western science as the most important change in the monastic curriculum in centuries. Topics like neurobiology, cosmology and quantum physics will now be taught alongside traditional topics of monastic study, such as Buddhist philosophy.

With the support of the Sager Family Foundation, the Library of Tibetan Works and Archives, and the Dalai Lama, the 12-year "Science for Monks" program has laid the groundwork for historic change. In 2000, "Science for Monks" started as a pilot program, sending professors from U.S. universities to India to teach science to a group of 40 monks and nuns at two-week workshops outside of their traditional monastic studies.

"Initially, some senior monks and abbots were hesitant to study science," the Dalai Lama said. "But then eventually, after we explained the importance of learning science, they supported it."

"12 years ago, we started this renegade program called 'Science for Monks' outside the required monastic curriculum," Bobby Sager, founder of Sager Family Foundation, said at the event. "Now studying science has gone into the bloodstream of Tibetan Buddhism."

Sager's new book "Beyond the Robe," published by powerHouse Books, tells the story of the "Science for Monks" program over this 12-year period and what it reveals about the larger role Tibetan Buddhist monks and nuns can play in their monasteries, in their communities, and in the world at large. "Beyond the Robe" is a collection of essays and Sager's photographs illustrating the first insights and observations that have come out of that historic effort, including an insider's look at the monks and nuns involved in the program.

An excellent example of the potential for Tibetan monks and nuns to play a larger role is "Science, Monks and Technology," a new program by Sager Family Foundation and The Dalai Lama Center for Ethics and Transformative Values at MIT announced at the October 16 event in Boston. The initiative creates a platform for Tibetan monks and nuns to collaborate with engineering and business students at MIT in designing and implementing technologies that can impact communities in the Tibetan diaspora, such as solar power or clean water.

"Monks have long served as leaders and community organizers in the Tibetan diaspora in India and Nepal; Science, Monks and Technology will enable them to add an additional dimension to their societal contribution," said the Venerable Tenzin Priyadarshi, director of the Dalai Lama Center at MIT.

To purchase "Beyond the Robe," go to www.beyondtherobe.org. A preview is available at www.powerhousebooks.com/preview/beyondtherobepreview.pdf. All of Sager Family Foundation's proceeds from this book are going to support programs that promote teaching Western science to Tibetan monks and nuns.