Kuala Lumpur, Malaysia -- The Surangama Sutra: A New Translation in ebook format is now available for free download at www.buddhisttexts.org. 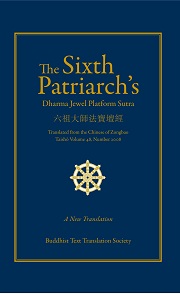 For over a thousand years, the Surangama Sutra - the “Sutra of the Indestructible”- has been held in great esteem in the Mahayana Buddhist countries of East and Southeast Asia.

In China the Sutra has generally been considered as important, and has been as popular as the Lotus Sutra, the Avatamsaka Sutra, the Mahayana Mahaparinirvana Sutra, the Heart Sutra, and the Diamond Sutra. The appeal of the Surangama Sutra lies in the broad scope of its teachings and in the depth and clarity of its prescriptions for contemplative practice.

Its wealth of theoretical and practical instruction in the spiritual life often made it the first major text to be studied by newly ordained monks, particularly in the Chan School. Many enlightened masters and illustrious monastic scholars have written exegetical commentaries on it. To this day, for both clergy and laity in the Chinese Buddhist tradition, the Sura?gama Sutra continues to be the object of devout study, recitation, and memorization.

Much of the Sutra unfolds in the form of a dialogue between Buddha Shakyamuni and his cousin Ananda, whose personal story provides a narrative frame for the discourse. The Buddha shows Ananda how to turn the attention of his sense faculties inward in order to achieve a deeply focused state of meditation known as samadhi. The Buddha gives instruction in moral purity, in correct understanding of the mind, in avoidance of dangers that may be encountered when absorbed in meditation, and in the practice of the Surangama mantra, which lies at the heart of the Sutra.

The following are Editorial Reviews of the translations:

“With this new translation of the Surangama Sutra, the complete text of this major Mahayana Buddhist scripture is made available in English in a single volume for the first time. In the text are found the Buddha's detailed instruction in the practice of that deep mental absorption known as samadhi, as well as instruction in moral purity, the practice of mantra-recitation, and the avoidance of negative mental states. The dense Chinese version is rendered into clear English, and the reader's understanding is guided by an extensive introduction, explanatory footnotes, and excerpts from the exegetical commentary of the Ven. Master Hsuan Hua. A must for anyone interested in gaining a deeper understanding of the Buddhist teaching.”
- Huston Smith, author of The World's Religions and Why Religion Matters

“... the Buddhist Text Translation Society has given us a greatly improved rendering of one of the most important and profound Mahayana texts in the entire Buddhist Canon. During the past thousand years, the Surangama Sutra has been used perhaps more than any other single text in the transmission of the Dharma by Chinese and other East Asian masters. This eminently readable and clearly annotated English translation constitutes a significant contribution not only to the study but also to the practice of Buddhism in the West.”
- Bill Porter (“Red Pine”), translator of the works of Chinese poets and Buddhist masters, including The Collected Poems of Cold Mountain and The Zen Teachings of Bodhidharma.