'The Collected Poems of Philip Whalen,' edited by Michael Rothenberg, and 'About Now' by Joanne Kyger

Two poets who, whether they write of the exalted or the mundane, leave plenty of room for splendor

Los Angeles, USA -- PHILIP WHALEN and Joanne Kyger are often viewed as "poets' poets" -- a kiss of death that generally implies their music is out of most people's range. But really, what this means is they're the types of poets to whom other poets turn for their perfect pitch, to proclaim who they are. 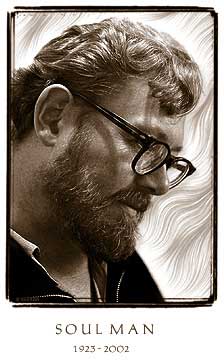 Whalen and Kyger are essentially School of Backyard poets, who look out their kitchen windows and see the universe. Both have given themselves permission to write about what is immediately in front of them and/or on their minds, no matter how exalted or mundane. They are both domestics who leave plenty of room for splendor. Both have mastered the conversational; both feed off slang. Everything is the subject of their poems. Now, these two remarkable careers are represented by a pair of retrospective collections: "The Collected Poems of Philip Whalen," edited by Michael Rothenberg, and Kyger's "About Now: Collected Poems."

Whalen was born in 1923 in Portland, Ore., and raised in the Dalles, a small town in the Columbia River Gorge. After serving in the Air Force during World War II, he went to Reed College on the GI Bill. There, he lived off campus with poets Gary Snyder and Lew Welch and met William Carlos Williams when he came to visit the school.

Whalen was a few years older than his roommates. To Snyder, he was erudite. "Philip seemed to have read everything important in the English language, including a lot of basic Buddhist texts," Snyder writes in a foreword to "The Collected Poems." In October 1955, Whalen and Snyder joined Michael McClure, Philip Lamantia and Allen Ginsberg to read their poems at San Francisco's Six Gallery. This was the night that Ginsberg debuted his epochal poem "Howl" and helped usher in the Beat Generation.

Joanne Kyger was born in 1934 in Vallejo, Calif. After graduating from UC Santa Barbara, she arrived in San Francisco in 1957 during the "Howl" censorship trial. She got a job at Brentano's bookstore on Union Square and absorbed the informal teachings of San Francisco poet luminaries Robert Duncan and Jack Spicer.

San Francisco was the poetry capital of the world in 1957, and Kyger stumbled into all sorts of lineages, from pacifists who had been incarcerated in the Pacific Northwest during the war to students to the freshly shuttered Black Mountain College in North Carolina, as well as every kind of anarchist and Beat. In the late 1950s, Kyger became one of a handful of persons gathered around a Japanese Zen Buddhist missionary named Shunryu Suzuki. They practiced meditation in an old wooden building in Japantown that would become the San Francisco Zen Center.

In 1958, Kyger met Snyder, who introduced her to Whalen. At the time, she saw herself as "a practicing poet, learning. Philip was sure of his work." She admits to having been a little overwhelmed by the unfurled rhetoric of Duncan and Spicer; but with Whalen, "I read it and I could understand every word!" Two years later, she and Snyder traveled to Kyoto where they were hurriedly married at the insistence of their patron, the formidable Ruth Fuller Sasaki. Snyder threw himself into Buddhist practice while Kyger struggled with daily life. By 1963, she and Snyder were meeting up with Ginsberg and his companion, Peter Orlovsky, in India. For Snyder and Ginsberg, the trip heralded their emergence as culture heroes to the proto-hippies, but for Kyger, it signaled a different kind of turning point.

At the beginning of 1964, Kyger returned to San Francisco by herself, "a bit wiser and a bit more disciplined," her marriage to Snyder at an end. The only person to meet her was Whalen. There was a synergy between them, a sympathy; when Whalen published "You Didn't Even Try" (1967), the first of his two novels, his heroine, a petulant but beautiful woman with a keen mind, resembled Kyger.

In 1971, Kyger moved to Bolinas, in Marin County, where she has lived ever since. Whalen, on the other hand, trundled from house to house for years. A lifelong bachelor who hated living alone, he exuded a certain neediness. He loved books; he loved classical music. He wanted to be fed. Kyger says that Whalen "liked being in the middle of a domesticity so that he could report on it. He liked to write long letters filled with the news of what everybody was up to."

Eventually, at the invitation of Suzuki's successor Roshi Dick Baker, Whalen moved into the San Francisco Zen Center, where, in 1973, he was ordained a priest. He would later become the abbot of the Hartford Street Zen Center in the Castro district where he lived until shortly before his death in 2002. Whalen essentially stopped writing 15 years before he died, macular degeneration having reduced his eyesight to little slits of light. Not so for Kyger, who, even as "About Now" is being published, is writing some of the funniest, most elegant, beautiful and political poems of her life.

You can see where Whalen is going from the very earliest work in "The Collected Poems." Though it's only 16 lines long, "A Country Without Ruins" -- written at the end of 1949 or the beginning of 1950 -- contains bits of overheard conversation, ancient Greek and even sound effects ("Crash! Rattle! Whoops!"), all triggered by a homespun and typically cranky image of "his kids / raising hell in the grape arbor / throwing all they don't eat." A decade later, when publisher Dave Haselwood needed a press release for Whalen's "Memoirs of an Interglacial Age," the poet explained his aesthetics this way: "This poetry is a picture or graph of a mind moving, which is a world body being here and now which is history . . . and you."

In "The Preface," which opens his 1965 collection "Every Day," Whalen goes deeper, noting that for the reader, a poem is "a continuous fabric (nerve movie?) -- 'continuous' within a certain time-limit, say a few hours of total attention and pleasure: to move smoothly past the reader's eyes, across his brain: the moving sheet has shaped holes in it which trip the synapse finger-levers of reader's brain causing great sections of his nervous system -- distant galaxies hitherto unsuspected (now added to International Galactic Catalogue) -- to LIGHT UP, bring out new masses, maps old happy memory." Or, as Whalen would later shrug, "I'm trying to wreck your mind is all."

Whalen and Kyger reflect Charles Olson's approach to poetry. According to Kyger, Olson's essay on projective verse -- which includes the dictums "FORM IS NEVER MORE THAN AN EXTENSION OF CONTENT" and "ONE PERCEPTION MUST IMMEDIATELY LEAD TO A FURTHER PERCEPTION" -- "was like a bible for me." Like Whalen, she is a poet of the moment, writing about the briefest conceivable transit between reception and perception, the instant when thoughts appear and disappear like clouds in a blue sky.

Both poets are adept at plucking words and phrases from the sensual continuum, relying on the way these words are printed to function as a kind of musical score -- what Olson in "Projective Verse" called "FIELD COMPOSITION." Both write poems that function as meditations on meditation, moving from detail to interesting detail in the world. Both tend to date their poems to show you how they slice the data, to locate the work at a particular intersection of time and space. And both work in notebooks, or daybooks.

What they do might in fact be called "journal-ism," in that their poems are built from pieces of journals. You could also call it "quilting" since it is stitched together from the fabric of the day. In many of his poems from the 1960s, Whalen transcends language entirely, weaving in drawings of owls, roosters, mushrooms and nasturtiums, as well as indescribable doodles and Buddhas sitting on lotus blossoms.

Only Kyger, though, can truly break your heart. She writes with that old-school plangency so central to the Pacific Rim poetry both these poets have done so much to help create. In "September," she deftly evokes the way the physical world draws her inward, until it informs her identity.

The grasses are light brown
and ocean comes in
long shimmering lines
under the fleet from last night
which dozes now in the early morning
Here and there horses graze
On somebody's acreage
Strangely, it was not my desire
that bade me speak in church to be released
but memory of the way it used to be in
careless and exotic play
When characters were promises
then recognitions. The world of transformation
is real and not real but trusting.
Enough of these lessons? I mean
didactic phrases to take you in and out of
love's mysterious bonds?
Well, I myself am not myself.
and which power of survival I speak
for is not made of houses

It is inner luxury, of golden figures
that breathe like mountains do
and whose skin is made dusky stars.

Taken together, these two volumes make a compelling case for a particular kind of West Coast poetry -- by turns disciplined and serendipitous, suspicious of the climax statement, inclusive, less overtly poetic than its more formal counterparts. On their own, they allow us to reconsider two significant careers. Rothenberg has done an exemplary job with "The Collected Poems of Philip Whalen," which weighs in at 872 pages. He includes a short biography of the poet, as well as an extensive bibliography, various of Whalen's own prefaces, Snyder's astute and heartfelt foreword and a thoughtful essay by poet Leslie Scalapino. He's even reproduced the tables of contents of Whalen's original collections.

"About Now," on the other hand, comes with much less of an apparatus. In addition to the poems, the book contains an essay called "Some Thoughts on the Work of Joanne Kyger" by Linda Russo. Kyger's biography is little more than a blurb. But in the end, it doesn't matter, really. The poems in her nearly 800-page door stopper can and do speak for themselves. *