The Journey of Xuanzang

Taipei, Taiwan -- The Journey of Xuanzang is a lavishly illustrated biography of the great Chinese traveler and translator Xuanzang, based on his own Records of the Western World, and on a book written by two of his disciples entitled A Biography of the Tripitaka Master. 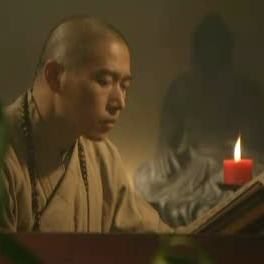 The series was made by Fo Guang Shan temple’s Beautiful Life TV (BLTV) in Taiwan and broadcast in 12 parts of a little under 30 minutes each.

The story in this biography is told in Chinese by a narrator (with subtitles), with the occasional reading of dialogue recorded in the books, which is accompanied by scene enactments. The documentary goes to many of the places Xuanzang visited, and sometimes reconstructs them.

Finding that the Buddhist scriptures in China were incomplete and in something of a disarray in the 7th century AD, Xuanzang determined to travel overland to India in the hope of studying there and bringing back the Teaching.

He left China in 629 AD, and after an incredibly difficult journey along the Silk Road and across the Hindu Kush, he eventually arrived three years later in Kashmir in 631, and spent the next two years studying there.

From there he traveled down into the Ganges Basin, taking in the pilgrimage sites, and eventually onto the great medieval Buddhist University at Nalanda, where he was to spend most of the next decade studying under its famous Abbot, Ven. Silabhadra, who taught the Yogacara school of Buddhism.

When he returned to China in 645, 17 years after leaving the country he was greeted as a hero by the Emperor Taizong of the newly founded Tang Dynasty.

He brought with him a treasure trove of scriptures, including the following:

and dedicated the rest of his life to supervising the translation of the texts into Chinese.

Xuanzang is one of the great heroes of Chinese Buddhism and anyone interested in the history of Buddhism in the Medieval period, especially as it was understood and practiced in India and in China, should try and see this series.

The difficulties Xuanzang had to overcome on his journey, the determination with which he fulfilled his self-appointed task, and his dedication to the cause of religious studies also make this a story of great human adventure and endeavour.