Be "The Last Mimzy" Bodhisattva

Singapore -- From the producer of "Close Encounters of the Third Kind" comes a more "cuddly" close encounter of another kind - with the last Mimzy. Now, just what is a Mimzy? A Mimzy is a sophisticated robot of sorts - not like an android though. A product of the future sent back in time, it takes the guise of a soft toy rabbit, designed to attract children's attention. According to the film, time-travel is deemed too hazardous in the future - thus the use of non-organic messengers. The mission? To collect DNA of a less genetically-corrupted human - so as to "revive" the failing future of humankind. 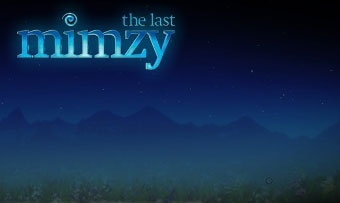 The film warns of the danger of the ongoing corruption of humankind. Humans in the future have gotten so desperate that the last means to save themselves was to "return to innocence" by returning in time to seek hope from a better age already lost.

Corruption here refers to both chemical and cultural "pollution" - the first is material and the latter mental. A timely message indeed, in this age of much pollution and tampering with genetics of both flora and fauna. Paradoxically, the Mimzy from the future becomes a lesson for the present. But the fact that the future turned out to be bleak (before the Mimzy returned to better it) means humans still failed to heed its "prophecy" of a dismal future? When will we learn? If not now, then when?

Though a fictitious story, is it not real that we might be heading towards genetic disaster, harmful to both our health and that of the Earth? Our health would include physical and spiritual well-being, while the health of the Earth includes the well-being of the environment and its non-human cohabitants. The spiritually contaminated mind contaminates the body and its environment too. It is never too late to be mindful of the Buddha's teaching of the web of interdependence. What one does sends karmic ripples throughout the fabric of space and time. These ripples do not simply dissipate into nothingness - they can widen, interact and rebound too. What personal and collective karma are we Earth folks creating now?

In the story, two children stumbled upon a mysterious box, which seemed to offer toys for play. It turns out that they are highly complex instruments for opening a time portal. Unconsciously influenced by the "educational toys", the children develop preternatural abilities not very unlike psychic powers mentioned in the sutras. The girl (played by Rhannon Leigh Wryn) is able to levitate for instance, while the boy (played by Chris O'Neil) has heightened senses, sensitive even to the call of insects. With this greater awareness, they naturally became super-intelligent and more compassionate. Noting that the boy had earlier complained that "life sucked", it is indeed true that increase in mindfulness is always the starting point in turning our lives around.

The "dying" Mimzy saves the future when the girl drops a tear of compassion on its "belly button", which happened to be somewhat shaped like the Buddha's urna. It thus succeeds in collecting her relatively pure DNA, before going "back to the future", where we later see familiar green aliens of popular culture shed their "skins" to breathe purified air, revealing humans beneath. Future humans had to don these special suits to protect themselves from the toxic environment created by themselves. By an ironic twist, these "alien" humans of the future had "alienated" themselves, having estranged themselves from the environment and each other.

On DNA, is there any conflict between personal karma and inherited genes? Our genes can be seen as personally inherited from our past karma. It is an illusion that we unfairly inherit genes which we do not deserve. It so happens that genetically similar beings tend to attract each other under the influence of collective karma. Though birds of a feather flock together, we are still responsible for our genetic make-up and its evolution. A stark "karmic genetic" reminder by Stonepeace says this - "Take good care your children, for you might be reborn as their children." But do take care of other children and adults too, for you might be reborn as their children! Take good care of this world too, for you might return to it, as shaped by you.

Buddhist themes are abound in the film. For instance, the children were suspected to be tulkus (reborn Buddhist masters) due to their uncanny abilities. And their science teacher (played by Rainn Wilson) has recurring dreams after a spiritual trip to Nepal of a "mandala" - a cosmic map of sorts. What is significant about mandalas is that they represent holistic wholeness or interconnectivity of physical and psychical elements of the universe - a reminder of the need to be mindful of the implications of what we do and not do. The film also gently nudges the audience towards a kinder diet when the girl gasps at a crab being killed on TV, after which she spits out a burger when reminded by his brother that she was chewing a ground cow (beef) anyway!

There is also a closing scene of the "mandala" made of flowers being swept away by the wind. It happens to be a Buddhist tradition to "dissolve" mandalas after completion - as a reminder of the fleeting nature of passing phenomenon. Coincidentally, the Buddhist offering of flowers symbolise transience too. The rejuvenated future is an earthly paradise, a "Pure Land" where children gratefully recall their "Bodhisattva" child saviour from the past. Indeed, when the mind is pure, the land is pure too, for the mind void of mental defilements will neither defile its environment physically or mentally. If those of the future can learn lessons from the past, surely, after watching this movie, we too can learn lessons from this very recent "past"!

The last Mimzy was the last glimmer of hope in a string of other failed Mimzy missions - sent from the future to save the future. It almost did not make it, but it did - in the nick of time. Truth is, since time-travel is controversially impossible, it is unlikely that there will be any Mimzy to save the future. The story of the last Mimzy can save the present though. We can only go forward in time, not backwards, though time in Buddhism is but a measurement of change. Let us change our present for a better future - this is the only way to save the future in the nick of time. Just as the Buddha advised that there is no need to fret about the past or future if we live this moment well, may we be Mimzy Bodhisattvas to rescue the future now. This mission begins by seeing ourselves as the last possible Mimzies to save the world!