The Dharma of the "Beowulf" Myth

Singapore -- The latest "Beowulf" movie (made in 2007) is yet another retelling of the epic. An Anglo-Saxon poem written anonymously circa AD 700, it is timeless indeed - a classic cautionary tale for the young and old. The truth is, we are fascinated by Beowulf - because we identify with him to some extent. As the legend unfolds on the silver screen, those unfamiliar with him might even envy and desire to be him at some point. 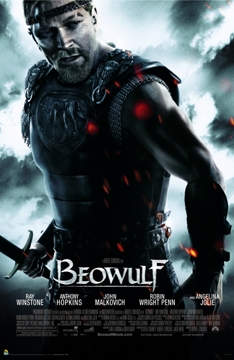 But isn't Beowulf just a myth? More important than a myth being real, is the reality of its morals. With larger than life metaphorical heroes and monsters, myths are dramatised tales for entertainment. Their amplification of hopes and fears makes it impactful and memorable too.

The legendary warrior that is Beowulf deemed himself invincible, who proclaims his name fearlessly in the face of monsters. He was a fighter so confident that he opted to face a monster (Grendel) naked, so as to fight as "equals" with the naked monster. A case of facing one's demons squarely or just airing his ego? A mix perhaps. Pride comes before the fall. Beowulf and his men's "merry-making brings the devil" - it attracted the attention of Grendel, leading to a massacre. An analogy perhaps, for the danger of complacency. Grendel was the brash and ugly son of a such greater monster - one who is the opposite extreme - who shapeshifts and manifests naked elegance and beauty. The Beowulf who was confident of facing demons naked ironically loses to a naked demon, while having his suit of armour on.

No physical defense is as crucial as spiritual defense.

Initially, Beowulf declares that he wants not gold but only glory, but with overwhelming pride from killing Grendel, he is further seduced by Grendel's mother flattery to bear her a son to replace her loss. In return, he would become the greatest king who ever lived, who would be sung of forever. This she swears, and it was an offer he "could not" refuse. Interestingly, after so many centuries, are we not still singing of Beowulf now? As he looks back on hindsight later, he was not as strong as he supposed - he was weak. His strength was more physical than spiritual. We are only as strong as our worst defilements "allow" us to be.

Grendel's mother holds on to Beowulf's golden horn, telling him that as long as it is with her, Beowulf would have all she promised. Cunning indeed... for she created the illusion that she craved for the horn, only to throw it away later. To Beowulf's horror, it was picked up by his men and returned to him in his old age. True to her promise with a terrible twist, thus began the downfall of Beowulf. Never strike a deal with the "devil"! For it will always appear a good deal to you, while ultimately better for the evil. In the case of Buddhists, never give in to Mara (the evil one, who personifies greed, hatred and delusion)! Take heart - for the greatest of demons out there can never tempt us if we have subdued our inner Mara.

In mythological tales, the heroes wear a thousand faces, who slay monsters also of a thousand faces. However, the common story arc is the nature of the quests they embark upon, where the physical goal represents a spiritual one, where the monsters destroyed also represent their defilements. At the end of the story, the heroes are heroes because they triumph not just over monsters, but themselves - they are utterly transformed, spiritually reborn. Every overcome obstacle turns out to be a golden opportunity for self-betterment. This is the story of our lives and for our lives! After all, if a myth fails to inspire, it is utterly useless.

Through the wicked magic of Grendel's mother, Beowulf realises no satisfaction when he conquers the lands effortlessly. As he put it, it was more slaughter than battle - something entirely lacking in worldly glory. He awakens to his conscience as he learns to forgive and release his "enemies". All that glitters is not gold, and all the gold in the world promises no glittering happiness. Neither happiness nor peace of mind can be bought by gold or glory. His conquest of the kingdom, power and women proved meaningless. Haunted by nightmares of his impending doom, he could not even sleep easy.

Grendel's mother had earlier remarked to Beowulf, "Underneath your glamour you are as much a monster as my son." Beowulf toggles between being hero and monster as his intentions change. This is no stereotyped myth - as it realistically displays the fickle greyness of human-nature. Though Beowulf slays his monstrous estranged son, who comes to wreck havoc on his kingdom, there is no typical "happily ever after" for Beowulf. There is a sense of guilt. However, he became a true hero at the end - by sacrificing his life to save others. It was self-redemption through a final effort that involved no ego. His ego was slain... thus attaining truer glory - by giving life more than taking life.

The end of the story shows the next king in line encountering Grendel's mother, who once again attempts to seduce, just as she had successfully seduced Beowulf and the king before. She yearns for a new son perhaps, for exacting and furthering hatred and vengeance. Distracted by her beauty, the new king hesitates on whether to succumb. Will he break the vicious cycle or perpetuate it? Will the curse be passed on? She lives on. Mara lives... To face him is an individual challenge for every individual. Mara morphs with no definite shape - not always as your most fearsome form, but as the most alluring too. The "sons and daughters" of Mara are plentiful.

When you give in to your inner Mara, you join the family. Whether the new king gives in or not as important as whether you would.

Like Beowulf, every one of us have our own demons to "fight". There is no family of demons out there to slay, as the root "demons" are within. To face any demons out there well, we need to first face our demons. As the Buddha taught, "To conquer oneself is greater than to conquer thousands in battle." The primary and final battle is always with ourselves. Who can you not win if you have won your inner Mara?

Beowulf tears out the heart of the monster, yet to do that, he had to first "rip away" the monstrosities within his own "heart" - his desire to egoistically live forever with gold and glory, that created the monster that was of his making. As the film emphasised a few times, no god can help in such a battle - not if we choose to curse ourselves with our defilements. We need to be the masterful heroes personally. The Buddha reminded us so - "You are your only master. Who else? Subdue yourself, and discover your master."