An 'Avatar' for All the Oppressed

Singapore -- The epic movie ‘Avatar’ is a must-see – for every generation, every kid and adult. Its dramatic and educational messages are direct and simple, but portrayed in probably the most powerful and inspiring manner to date on the silver screen. 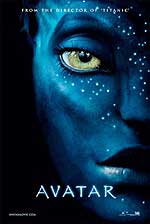 Seeing the Nav’is as uncivilised savages, the human conquerors are the real savages instead, who terrorise their home planet carelessly. Despite having more advanced technology, the humans had long lost their spiritual resonance with the Earth, much more to say other planets. Being short-sighted mercenaries, the invaders do not realise that the true and total wealth of the planet was already all around, as it is in the wholeness and interdependence of nature’s elements; it was not just hidden in some buried minerals. When a human takes on the avatar of a Na’vi’s form to blend in and understand Na’vi society, he literally becomes one of them when he opens his heart and mind to them – turning his back to the inhumanity of humanity.

The ingenuity of using an alien race to tell the story is that it can stand for any oppressed community in the past and future, making it a timeless tale. With strong allusions to native Americans being colonised by invaders, the Na’vis did not feel that they needed the ‘education and medicine’ offered by their oppressors, for they were already content with their strong spiritual sense of oneness with the environment – with its exotic flora and fauna. In fact, they have developed techniques of connecting to nature, to meditatively ‘upload and download’ the collective wisdom of their ancestors, and to tap into the energy network of the planet itself. The ’spirit’ of their planet is known as Eywa, while ours is Gaia!

With their great respect for animals, the Na’vis never see them as savage creatures, but as sentient beings with rights to live too… according to the law of the jungle though. While they chide those who kill them needlessly, perhaps the Na’vis should evolve to be vegans! Interestingly, they let wild animals ‘domesticate’ them too, when they strive to win trust to become win-win partners. In a final bid to win back the planet against their attackers, the Na’vis summon the animals for their assistance in casting them out. When nature is abused, the forces of nature, with its environment and beings rebel in unison. It’s ‘natural karma’ in action!