'Clash of the Titans' and Humans

Singapore -- The remake of 'Clash of the Titans' is more fascinating than its 1981 predecessor for a number of reasons. Firstly, the monsters are a lot meaner. 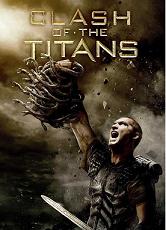 Secondly, the gods are a lot meaner... too! Set in an ancient time, the film paints a terrifying world filled with convoluted relationships between gods, monsters and the poor humans caught in between. The hero is Perseus, called a demi-god, because his father is Zeus the god, while his mother a human. In Buddhist cosmology, the gods are mostly kindly (though at times prideful and complacent) due to having been virtuous the life before as humans. However, the gods of Olympus are politicking super-egoistic lords, resembling warring demi-gods or asuras more closely instead.

Just how 'bad' did the gods turn out to be? Zeus the supposed creator of humans raped a human woman, thus begetting Perseus, who questions and rebels against the gods due to the injustice inflicted on him. The gods create the Kraken - a sea-monster who craves human flesh. So terrible is the Kraken that even the gods dread its rage and creation with some regret. And yes, Medusa's demonisation resulted from Athena's jealousy. Hmmm... so much for entertaining any notion of omni-benevolent, omnipotent and omniscient gods, for there are none in Greek mythology. If the gods create monsters, are the gods not monstrous too? Zeus even literally strikes a deal with Hades, the Greek version of the 'devil' - in order to terrorise humans.

The film suggests that the higher gods like Zeus feed on the love and prayers of human devotees, while Hades grows stronger when humans increase in fear and weaken their humanity. The first is tricked by the latter to use the threat of the Kraken for extorting humans for their devotion, while the latter secretly strengthens. What ultimate sinners they are, to turn humans against one another too! Zeus, being the main god in charge forgot to reflect on why he was losing the faith of humans - he had failed to answer their prayers. Somewhat prophetic of their future, the Greek gods did lose their worshippers in time. It would be tough to find anyone these days, who believe in the existence of any of the colourful gods of the Greek pantheon – though they still serve as useful personality archetypes.

Perhaps, instead of Zeus the god having created any humans in his image, humans created him in their image, as a super-powerful projection of their hopes and fears, with all their 'human, all too human' flaws intact. In sharp contrast, the most honourable character in the story is Perseus, who takes healthy pride in his humanity and refuses to become yet another god. Perseus, who is 'neither god nor man', takes centrestage and saves the day with some 'divine' assistance from a repentant Zeus, who reminds Perseus to 'be better than we (the gods) were'! You bet! We had better! The moral of the story seems to be that every human has the power to ‘play God’ – to even subdue monsters, move and transcend the gods (like the Buddha did). Well, why not? (Incidentally, the Buddha defined himself to be neither a god nor human too, but a fully awakened being. He is also known a a ‘Teacher of humans and gods’.)