Secret To A Happy Marriage Is Daily Meditation

London, UK -- On receiving an invitation to the royal wedding, head priest of Chiswick's Buddhist Vihara repaid the couple with some marital advice. 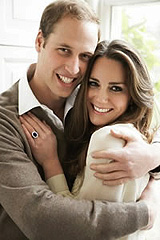 The Venerable Bogoda Seelawimala, the most senior Buddhist monk in Britain, advised Prince William and Kate Middleton that the secret to a happy marriage is to meditate daily.

Although Mr Seelawimala will be the first Buddhist Monk to attend a royal wedding, it will not be his first experience meeting royalty.

At the beginning of 2005 in the wake of the Tsunami, Prince Charles visited the Vihara, situated on The Avenue, praising the 'inspirational generosity' of the public after a tragedy which he said he found impossible to summon up the words to describe.

Prince Charles said: “I wanted to take this opportunity to visit the London Buddhist Vihara to show support and solidarity to all those in Sri Lanka and elsewhere who have suffered so terribly as a result of this incomprehensible disaster".