Offences alleged to have occurred in the seventies

Chiswick, UK -- A leading member of the Buddhist community in the U.K. has been charged with rape offences which are alleged to have taken place in Chiswick during the seventies. 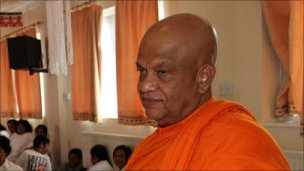 According to the Metropolitan Police Pahalagama Somaratana Thera has been charged with four counts of sexual abuse.

He is the head of the Thames Buddhist Vihara, in Croydon.

The alleged rape and three counts of indecent assault occurred in Chiswick in 1977 and 1978. The alleged victim was an underage girl.

The 65-year-old from Dulverton Rd, Croydon, will appear on bail at Feltham Magistrates' Court on 23 September.