Another Buddhist temple opens in Russia 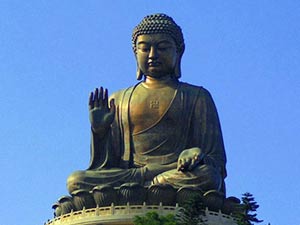 Describing it as a “historic event”, the head of the Russian Buddhists said that Chita has thus become the second Russian city, after St. Petersburg, to welcome a Buddhist monastery.

The idea to build it came about 16 years ago. Construction works however, began only in 2007.

The previous monastery was built in Chita 111 years ago, but was burnt down 15 years later, in unclear circumstances. The new one is said to resemble it, having embodied the features of the Buddhist-Buryat architecture.

The statue of Buddha in brass has the height of an average man – 1.8 meters (6 feet) as well as heads of dragons, and the Buddhist altar was cast in the Mongolian capital, Ulan Bator.