Gangraped Nepal nun likely to get re-admission in nunnery

KATHMANDU, Nepal -- A 21-year-old Buddhist nun from Nepal, who was said to have "lost" her religion and become unfit to remain a nun after being gangraped, is now likely to be re-admitted to her nunnery, thanks to a growing outrage worldwide. 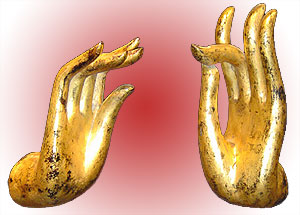 The young woman, who is now battling for her sanity in a hospital in Kathmandu, can return to the Karma Samtenling Nunnery at Pharping after she recovers and is discharged from the hospital, an authoritative Buddhist body in Nepal said.

The Nepal Buddhist Federation distanced itself from a statement signed by over a dozen organisations, including one of its own officials, that had said the attack on the woman, while to be condemned, however had made her lose her "sheel" – religion as well as vows taken as a nun. It said the official's stand that the nun had become a "flawed vessel" was his personal view and not the official stand of the Federation.

"The Federation, in collaboration with our allied Association Tamang Lama Gedung Sangh and the concerned nunnery, is taking steps to accommodate her back into the nunnery when she recovers and discharged from the hospital," it said in a statement. "(It) will do everything in its power to help restore the dignity of the nun and continue to fight for justice."

The attack as well as the ensuing debate has exposed the differences among different Buddhist sects in Nepal and the existence of hardliners with medieval mindsets. While several Buddhist groups in Nepal concurred that the nun had lost her religious status, Buddhists from the west have been challenging the belief.

Matthew Frazer, an American Buddhist and the founder of the Yeshe Tsogyal Foundation that espouses the cause of Buddhists targeted by violence or abuse, has begun campaigning against the censure through Facebook and other social networking sites.

"There is a great deal of shock and disbelief at the very idea of such an action by both Buddhists and non-Buddhists in the United States and abroad," Frazer wrote. "Our goal is to block the expulsion of the nun from her nunnery in Pharping (and the Buddhist Order in general). Such an action reflects badly not only on Nepal, but on Buddhists in general to the rest of the world... If such an action is taken, it will set a very perilous precedent that can be used to take similar actions against future victims."

While the nun had left the nunnery about a year ago, reportedly to study in India, her father said when he spoke with the nunnery authorities about her plight after the attack, they sought to wash their hands of the matter. However, it now remains to be seen if the victim chooses to return to the nunnery or indeed stay on in Nepal at all.

Besides a hard time at the state-run hospital, where doctors initially refused to admit her, she suffered a second blow Thursday when Nepal's official media, ignoring the norm that a rape victim should not be named, identified her by name in a report, making it, according to her family members, even more difficult for her to go back to her village where rape victims still face social stigma.