The eternal debate between classical and functional education

Timphu, Bhutan -- In 1999, when a degree programme was introduced at the institute of language and cultural studies (ILCS), Semtokha, Sanskrit was introduced as part of its syllabus. 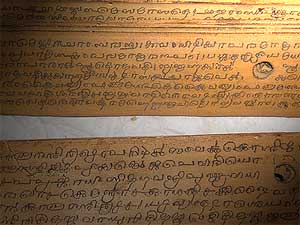 Today, after about six batches of students have graduated from the institute, there is a debate going among linguistic and cultural experts and academicians about the importance and relevance of Sanskrit studies.

Some experts argue that Sanskrit was not relevant in the syllabus as students after graduation from the institute joined the civil service or chose to become teachers. A Dzongkha expert working with government said that Sanskrit was only relevant for holistic studies to understand the tantric terms for the monks of monastic institutes.

“It’s not for students who want to find a job in the civil service or corporations,” he said.

Students said that they felt the pressure of making Sanskrit a main subject from day one. “It’s difficult to understand and, to make things worse, it’s a compulsory subject,” said a student. “I think it isn’t relevant at all to the job market, especially when we have to compete for limited jobs,” said a student.

But other experts argue that Semtokha, as an institute for language and cultural studies, should study Sanskrit. Sanskrit is most useful for scholarly studies, research and comparative studies of culture and language and therefore relevant for students of ILCS to at least understand basic Sanskrit, according to a Dzongkha language expert.

“It will give more understanding of our national language as Sanskrit is the root of Dzongkha grammar and literature,” he said.

The director of academics at the royal university of Bhutan (RUB), Yangka, said that ILCS was not just grooming its students for the job market but have other objectives to promote language, culture and tradition.

The director of ILCS, Lungtaen Gyatsho, said that Sanskrit is the root to understand cultural philosophy, Dzongkha literature and grammar and therefore important for a language and cultural student.

Some students even question why Sanskrit was not introduced in the Dzongkha honours programme in Sherubtse College if it was so important to understand the language. “The syllabus of ILCS is ignoring the scope for jobs and further studies,” said a graduate.

However ILCS is going to have a revised new curriculum very soon and the new curriculum will have only one module of Sanskrit, a reduction from the existing three modules. “The new curriculum is almost approved and we’ve kept in mind the relevancy of subjects for jobs,” said the director of ILCS.