THIMPHU, Bhutan -- Bars, pubs and discos have become legal in Bhutan - a cause of concern for the older generation - but construction of worship buildings other than Buddhist or Hindu temples is still prohibited. 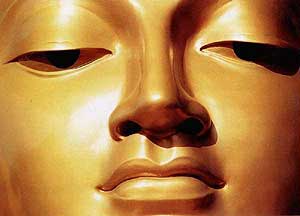 << The government fears that Christianity could cause societal tensions because of the general misconception that Christians lure others to the faith with money; converts are viewed with suspicion

The prohibition remains in force even though Christians abide by Bhutan's codes of conduct, speaking the Dzongkha language as well as the Nepali language at church gatherings, and wearing the national dress.

The National Assembly of Bhutan banned the practice of non-Buddhist and non-Hindu religions through edicts in 1969 and in 1979. But Christians do meet for Sunday worship, with attendance of more than 100 Christians in an underground church not unusual.

Why are Christians seen as a greater threat to the culture of the nation than the "democracy disco culture," as one government official described the emerging subculture among the Bhutanese youth? It is believed that Christianity will create religious tensions in the country.

"There are reasons why Christianity is not being tolerated in the country," said a former high government official who requested anonymity. "Look at the communal tensions in India and Nepal. Christianity can divide the Bhutanese society as well."

He mentioned two incidents that appeared in the Bhutanese press last year, one in which 13 Christians allegedly hanged a woman they had accused of being a witch, and a suicide by a Hindu man who reportedly left a note saying his Christian wife and children were pressuring him to convert.

Christians here said these were isolated incidents that they strongly condemned.

"A majority of believers in Bhutan are not educated and are from lower economic backgrounds," said the pastor of an underground church. "When open preaching is not allowed, this is what happens."

"But little can be done given the restrictions we face here."

Christians are only allowed to pray if someone is sick among their acquaintances, he added.

The government also fears that Christianity could cause societal tensions because of the general misconception that Christians lure others to the faith with money; converts are viewed with suspicion, said a government official on condition of anonymity.

"There should be one religion in one nation," said the official, adding that religious freedom should be allowed only after educating people.

Bhutanese officials are no strangers to religious conflict.

"You must also understand that the kind of Buddhism practiced in Bhutan is a minority sect within the two Buddhist divisions," said the former government official.

A majority of Buddhists in Bhutan practice Vajrayana Buddhism, also known as Tantric Buddhism, and belong to the larger Mahayana sect, one of the two major divisions of the religion along with the Theravada sect.

Unlike Theravada, which is more individualistic in its motivation, Mahayana Buddhism involves an aspiration to achieve enlightenment not only for one's own sake, but for the sake of all "sentient" beings.

"There is a perceived threat to the Buddhist sect in Bhutan from the more powerful Theravada division," said the source, without divulging more about the clash within Buddhism. "In such a scenario, how can you expect the government to willingly open doors to Christianity, which too is a threat?"

Of Bhutan's more than 670,000 people, Christians are estimated to range in number between 3,000 and 6,000. Around 75 percent of the people practice Buddhism, and roughly 22 percent are Hindus, mostly of Nepali origin.

Religion is so closely linked to the monarchy in Bhutan that one cannot exist without the other.

The national flag of Bhutan, which consists of a white dragon over a yellow and orange background, also has religion in it. While the yellow half represents civil and political powers of the King, the orange signifies monastic traditions of Buddha's teachings.

The religious link is protected in the new constitution, which was adopted in March 2008. Article 2 notes that the dual powers of religion and politics shall be unified in the person of the king, "who, as a Buddhist, shall be the upholder of the Chhoe-sid," the traditional dual system of governance characterized by the sharing of power between the religious and political heads of the country.

Given that the king embodies religious and political authority, the common people worship him.

Additionally, Buddhism is woven into the national fabric. Bhutan is the only country in the world that employs a "Gross National Happiness" (GNH) equation to measure its people's level of happiness, and the GNH assumes that all citizens are Buddhist. Respondents to the GNH survey are asked questions concerning "spiritual activities like meditation and prayers, and consideration of karmic effects in daily life."

The introduction of democracy in Bhutan did not involve disturbing the religious and cultural status quo. While former King Jigme Singye Wangchuck, who served from 1972 to 2006, brought democracy to Bhutan without any demand for it, people believe his intentions were far from transforming the country into a full democracy.

It is believed that the political turmoil in neighboring Nepal partly influenced King Singye Wangchuck's decision to make the country, at least on paper, a constitutional monarchy after over 100 years of absolute monarchy. A decade-long civil war led by the Communist Party of Nepal-Maoist - which took more than 12,000 lives - is believed to be behind the abolition of the royal parliamentary system and the adoption of a socialist republic in Nepal. In 2006 the then-king of Nepal, Gyanendra, agreed to relinquish sovereign power to the people.

All sources in Bhutan confirmed that the present king, Jigme Khesar Namgyel Wangchuck (selected in 2006 but not crowned until 2008), was still the supreme ruler. Perhaps this is why both the ruling Druk Phuensum Tshogpa (Bhutan Peace and Prosperity) Party and the opposition People's Democratic Party are royalists.

Pictures of kings of Bhutan are found everywhere in the country - in homes, shops, hotels, underground churches and on street walls. Many large posters with the kings' pictures carrying the inscription "Kings of our Hearts" can be seen along the streets. Even public buses have "Our Kings Forever" painted on them.

"But you cannot expect things to change overnight," said the former government official. "It's not wise to allow development without any bridle. Things are improving slowly.

Added an optimistic source, "Freedom in the real sense of the word and in all spheres is bound to come to Bhutan. It's just a matter of time."