Colombo, Sri Lanka -- The Law Commission of Sri Lanka has handed over to President Mahinda Rajapaksa a draft bill on establishing a National Animal Welfare Authority in Sri Lanka.  The bill – result of a six-year effort - proposes revolutionary legislation to replace the 99-year-old archaic law introduced during the British colonial period to prevent cruelty to animals.  The proposed legislation – result of a six-year effort - calls for the strict enforcement of jail terms plus fines for anyone found guilty of cruelty to animals.   The proposed law empowers magistrates to give both punishments. 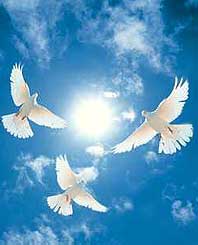 The Authority will have Animal Welfare Inspectors working under it to enforce the law, under which anyone can lodge a complaint even against a neighbour if he or she cruelly treats an animal.   The NAWA will be similar to the Royal Society for the Prevention of Cruelty to Animals (RSPCA) of the United Kingdom.

Under the current Sri Lankan law the maximum fine for cruelty to animals is a mere Rs.100, which was the same fine that was imposed in 1907!   Although the prevailing law includes jail terms for such offenders, it is never enforced, according to participants in a meeting held in Colombo, recently to discuss the provisions of the draft bill.   They included members of the Buddhist Monks's National Heritage (Jaathika Hela Urumaya) party , which leads the campaign against cruelty to animals.

They included, architect of the draft Bill Attorney at Law Senaka Weeraratne, former Deputy Inspector General of Police (Crimes) H.M.G.B. Kotakadeniya and Attorney at Law Udaya Gammanpila The Venerable Omalpe Sobhitha of the National Heritage Party presided.  They however did not rule out the possibility of some people raising objections to the draft Bill or trying to delay it being enforced when it is presented in Parliament.  Certain politicians, the participants noted, were in the pay of butchers.  It was revealed at the discussions that even some lawyers were not keen on establishing an Animal Welfare Authority.

Addressing the meeting Kotakadeniya said that even a fine of Rs.100, 000 has little effect on those who make huge profits from animal slaughter.   Stressing the need for jail terms, he attributed the total disregard for the law by those cruelly treating animals to the weakness of magistrates.  Although the prevailing law too stipulated jail sentences to offenders, it has seldom or never been enforced, despite judges being fully aware that a fine of Rs.100 was no punishment.  He emphasized that judges had to be briefed on this.  The former DIG also said that Buddhist monks seldom preached against meat consumption.  He urged all bhikkus to take a principled stand on this issue by becoming vegetarians.

The Venerable Omalpe Sobhitha said that although predominant religions in the West did not preach against meat consumption, animal welfare legislation in those countries is far better than in Sri Lanka.

Senaka Weeraratne said that the proposed Animal Welfare Authority should serve as a model for the rest of Asia.  Noting that contemporary Sri Lanka is heir to a rich and unique pre-colonial history in respect to animal welfare, he recalled that ancient rock inscriptions and chronicles like the Mahawamsa revealed the extensive state protection granted to animals.

Architect of the bill, Attorney at Law Senaka Weeraratne said that if the new proposed legislation becomes law it would serve a model for the rest of Asia.

The Law Commission initiated law reform in the area of animal protection since the present legal regime was inadequate in many aspects. The governing legislation i.e. Prevention of Cruelty to Animals Ordinance, No. 13, 1907.is antiquated, limited in scope, provides for totally inadequate penalties and does not contain internationally recognized minimum standards of humane treatment of animals.

This initiative of the Commission was also inspired by an acceptance that legislative interventions have always been necessary to curb increasing abuses, in particular in respect of those sectors that are most vulnerable to cruelty and inhumane treatment.  Animals as sentient beings are deserving of both State protection and reasonable level of State Responsibility. The traditional jurisprudential position of treating an animal as a mere chattel is no longer tenable. The Animal Welfare Bill reflects this change of attitude.

The Law Commission engaged in extensive consultations with the public in the course of preparation of the Bill.   Through Press Releases in the print and electronic media public representations for reform were solicited. The response was significant. The Commission conducted hearings at which those who submitted written memoranda were given the opportunity to explain their proposals.

A draft Act prepared by the Law Commission was released for public discussion in October 2004.  It was discussed at a full day public work shop held on March 5, 2005.

Main provisions of the Bill

Objectives
The Bill provides for the protection of animals from cruelty and animal welfare generally as well as for the fostering of kindness, compassion and responsible behaviour towards animals.  The term animal has been defined to include all animals, including a domestic animal, a farm animal, an animal in captivity, a companion animal, a stray animal and a food animal.

It also provides for implementation of the principles and provisions through the establishment of an Animal Welfare Authority vested with powers to deal with abuse as well as promote the welfare of animals.

The recognition of a duty of care
An important feature of the Bill is that it recognizes that a person who is in charge of an animal owes the animal a duty of care.

More specifically, such a person has a duty to take reasonable steps to ensure the well being of the animal, to prevent infliction of unnecessary fear or pain and to provide the animal with basic needs.

All other specific obligations and prohibitions in respect of animals emanate from this basic duty and they are legally enforceable.

The National Animal Welfare Authority
The Bill proposes the establishment of an Authority vested with functions relating to the giving of advice, making recommendations and related matters in respect of animal welfare issues. The Authority will be in charge of implementing the provisions of the Bill.

Cruelty and prohibited conduct
The Bill identifies several types of conduct which are per se acts of cruelty as offences. This is conduct which cause suffering to animals and is unacceptable by universally recognized standards. Certain other acts are prohibited as are certain sporting events that expose animals to cruelty and inhumane treatment.

Although killing of food animals is not prohibited, killing an animal in an unnecessarily cruel manner is prohibited. There is a total ban on the killing of a pregnant animal other than in certain circumstances such as when the animal constitutes an immediate and grave danger to the public.

Slaughter of animals
The slaughter of buffaloes is totally prohibited.

The slaughter of cows is prohibited unless the animal is over twelve years of age, or is incapable of breeding or unfit for agricultural work.

Transport of animals
In view of the particular instances of abuse in transporting animals, detailed provisions have been introduced to secure compliance with norms that must be observed. The basic premise is that an animal should not be transported in such a manner as to subject it to unnecessary pain. Specific standards that must be observed in transporting animals are set out.

Use of live animals for scientific purposes
The Bill requires that a permit be obtained prior to using live animals for teaching or research or experimentation.  This is considered necessary to regulate the use of animals and prevent abuse in the name of science.

Permits are to be issued by the Animal Welfare Authority.

Investigations and prosecutions
The Code of Criminal Procedure Act, No. 15 of 1979 applies to investigations under the Bill. Police officers are vested with the normal powers of investigation.

The Bill also provides for the appointment of Animal Welfare Inspectors charged with the duties and functions relating to investigations.  The Inspectors are empowered, in certain circumstances, to step in to alleviate the situation of suffering animals by issuing Animal Welfare Directions to persons in charge  to take remedial steps to rectify the situation. Such a direction is not necessarily an alternative to prosecution in the event that an offence has been committed.

An animal who is the victim of an offence or a possible offence may be placed in protective custody on an Order of court.

Prosecutions for offences under the Bill may be instituted by the Authority, by a Peace Officer or on a private plaint.

The Magistrates Court is vested with powers to try offences summarily and impose punishments  stipulated in the Bill notwithstanding limitations in the Code of Criminal Procedure Act.

In providing for the right of intervention on behalf of animals, the Bill allows for the most ennobling form of advocacy in Court: to plead the cause of those beings who cannot articulate their suffering.