Public lecture in Colombo by German expert in Indology

Colombo, Sri Lanka -- Dr. Karl-Heinz Golzio from the University of Bonn, Germany will deliver a public lecture entitled “The German contributions to Theravada Buddhism and the Reception of Buddhism in Germany and its influence on German culture” on August 22, 2007 here in Colombo. 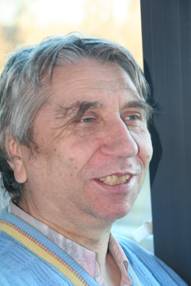 The lecture is jointly organized by the Goethe – Institut and the German Dharmaduta Society. The aim of the public talk is to shed extensive light on the century old relationship and friendship between the two countries through Buddhist links, and particularly the contribution of German monks and scholars to Theravada Buddhism, and the Sri Lankan Buddhist Missionary efforts in Germany commencing in the mid fifties of the last century.

Karl-Heinz Golzio, born 1947, has studied Comparative Science of Religion, Indology and Oriental Art History. He is working today in the "Indologisches Seminar“ at the University of Bonn. He is the author of many books and articles on topics of Indian philosophy and Buddhism.

One year before the turn of the century and the millennium Dr. Golzio edited a book with the intriguing title "Will the Buddhism in Europe Gain Even More Followers?"

The convenors of this event look forward to Dr. Golzio sharing his thoughts on the shifts in religious adherence now unfolding in Europe, and more particularly on the scope for Buddhism as an alternate source of wisdom for an increasing number of Europeans in the future.

Public Lecture & Discussion:
“The German contributions to Theravada Buddhism and the Reception of Buddhism in Germany and its influence on German culture”
by Dr. Karl-Heinz Golzio, University of Bonn, Germany.