Is nothing sacred on the racetrack? 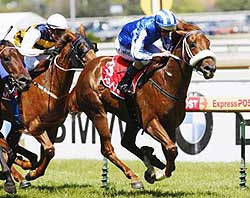 Details of ‘Buddhist Monk’ and ‘Buddah’ could be found at www.racingpost.co.uk. The latter website also carried a summary of ‘Buddhist Monk’s’ performance. It said “ ‘Buddhist Monk’ had a rug for stalls entry but got away well and was soon tracking the leader. He edged left in the closing stages and was only shaken up by his jockey without resorting to the whip and can repay the kindness in a similar contest,”

‘Buddhist Monk’ finished the race in second place on Thursday. Its rider was D O’Donohoe and the horse is owned by Lord Derby. The betting was stated as 10:1, meaning if the horse had won, a prospective bet winner would have made Rs. 10 for a Rs. 1 he bet on it. Meanwhile ‘Buddah’ owned by Joseph A. Shannon and ridden by R.Walsh had come ninth in a field of 14 in a two mile hurdle race on Friday.

When contacted by The Sunday Times, British High Commission media spokesman Duncan William said the High Commission does not comment on such matters. The Foreign Ministry said the matter had been referred to the Sri Lanka High Commission in Britain and a response is being awaited.