Tokyo, Japan -- Archaeologists may have found a 63-foot-long banquet hall for nobility, dating back to the Asuka period, which extended from 538 A.D. to 794 A.D. What remains of the structure are holes in the ground measuring 3 to 4 feet wide, where, researchers believe, wooden pillars once stood lining the banquet hall. 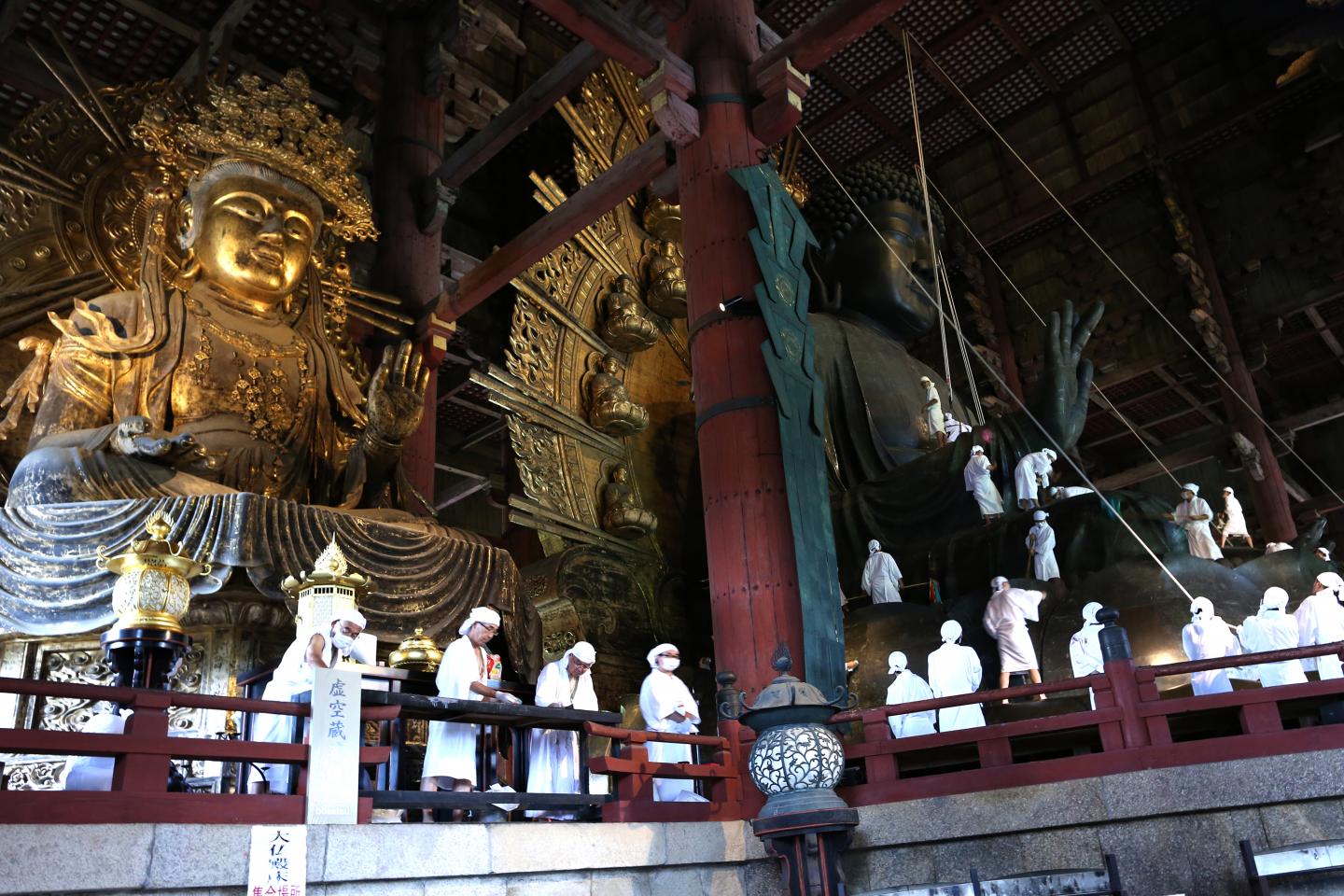 The building was found in Asuka, Japan, which was the country’s capital at the time the banquet hall was built, reported Japanese newspaper, the Asahi Shimbun. Nearby the banquet hall, "Nihon Shoki," an eighth-century Japanese history book, describes the banquet hall as being near a courtyard of zelkova trees and the Asukadera temple. The temple is known to be the first Buddhist temple in Japan.

The “square was a functional venue for various rituals,” Kanekatsu Inokuma, archaeologist of Kyoto Tachibana University, said, as reported by Asahi Shimbun. The banquet hall was likely used for sumo wrestling tournaments and banquets for people traveling from the far edges of what was once the kingdom during the Asuka period.

The discovery aligns with historical accounts, “just how they are described in Nihon Shoki,” Inokuma said. The building’s remains were discovered early last year in nine pits in the ground, but experts at the time were largely divided on what the structure could have been. Archaeologists theorized that it may have been a banquet hall, lodging or even a warehouse. But the Asahi Shimbun reported on Thursday that after uncovering 16 pits, researchers now believe the site is an ancient banquet hall—where nobility from throughout the kingdom came for entertainment.

The Asuka area is filled with archaeological sites, including temples and burial mounds. Today, the ancient capital city, located in the southern part of the Yamato Basin in the Nara Prefecture, is a small village. The largest burial mound of this style in Japan is found here, built from 30 massive stones weighing 2,300 tons in total, according to Japan’s National Tourism Organization. This burial site is believed to be the tomb of Soga-no-Umako, member of the Soga clan during the sixth century, which was one of the most powerful clans that was also known for spreading Buddhism across Japan. Around 1,000 feet from the banquet hall site are the Ishigami ruins, which include a large stone figure that was likely once a fountain.

The banquet hall, known as Tsukinoki no Hiroba, is believed to be where Emperor Tenji, while he was crown prince, met Nakatomi no Kamatari over the ball game known as kemari, according to the Asahi Shimbun. The two would eventually stage a coup in 645, bringing about reforms that strengthened the central government. Kamatari assassinated the Soga family's leader, and in return for his assistance with the coup, he became the minister of the interior. The archaeological site of the banquet hall may be a mere handful of holes in the ground today, but they untangle mysteries of the past, confirming what has been written in ancient history books.
TOP