Tokyo, Japan -- The major Japanese daily Asahi Shimbun said yesterday that the ancient Japanese temple of Asuka-dera was modeled after Wangheung Temple of the ancient Korean dynasty of Baekje. Asuka-dera is the oldest Buddhist temple in Japan. 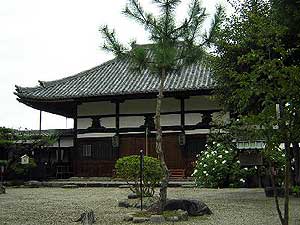 Wangheung was destroyed after the demise of Baekje. The temple was originally built by the 27th king of the dynasty to mark the death of one of his sons. It is believed to have been erected in February 577 based on carbon dating of the art pieces found at the temple site by Buyeo National Research Institute of Cultural Heritage.

Citing Ohashi Katsuaki, a Buddhist arts professor at Waseda University in Tokyo who has studied both of the temples, the daily said Korean craftsmen must have built both of them.

“Baekje first sent Buddhist statues and scripts to Japan, but the religion did not pick up among the Japanese,” the professor said. “That’s why the ancient Korean dynasty seems to have decided to build a temple in Japan.”

Other Japanese scholars who visited the Buyeo institute also confirmed that the two temples have numerous features in common, including structure, artwork and design patterns.

“Nihon Shoki [The Chronicles of Japan]” said King Wideok of Baekje sent craftsmen to Japan in November 577 to build the temple and transferred Buddha’s sariras, or bones, to the temple in 588.

Asuka-dera Temple is located in Nara Prefecture, and one of the temple’s statues is designated a Japanese national treasure.