Japan and the Suicide Problem

Tokyp, Japan -- The nation of Japan is a real enigma because the murder rate is very low when compared with other nations which are highly developed. However, this rate means little when we add the 33,000 nationals per year who kill themselves because this clearly shows you that something is going wrong within Japan. Therefore, why is suicide such an issue in Japan and what is the government and other organizations doing to stem the tide? 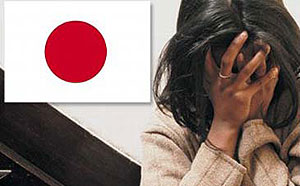 Before we concentrate solely on Japan it is important to state that suicide happens in all nations and of course all nations have different respective problems. Yet when it comes to sheer numbers then it is clear that Japan is suffering badly. This would appear strange, after all Japan is still relatively wealthy and her infrastructure is highly developed. Yet something is clearly amiss in this nation.

Of course you will have many factors and I hope to mention the major reasons behind this crisis in Japan. Firstly, it is clear that thousands of people kill themselves because of work pressure and this is clearly preventable. Despite this, little is being done to stop the systematic abuse of workers in Japan. After all, the concept at many companies "is that you work until you drop" or you have to follow the example of your manager or manageress, therefore, peer pressure is very high. Given this, the "salary-man" syndrome is clearly a problem and thousands of people in this bracket take their lives because they feel trapped by an over-bearing work ethic.

Secondly, we even have a breakdown amongst younger people because not only do young teenagers suffer from suicide but they also suffer, alongside other age groups, from hikikomori. The reasons for hikikomori are complex but it is clear that social pressure, a heavy school load, the need for conformity, the inability to communicate, the inability to understand reality, and other factors, are behind this major problem. So stress and social pressure is both strong within the education system and within the working environment. Given this, many people feel trapped and lost, and the ability to escape via the mobile, internet, play-station, and so forth, means that another world is being created where natural communication is not needed.

Thirdly, the role of Buddhism must be questioned because despite this faith appearing weak on the outside, it is still within the thinking structure of Japan. So why is Buddhism negative with regards to suicide in Japan? Well this applies to the theory of reincarnation and the glorification of suicide in the past. After all, Buddhists believe in reincarnation and when this is fused with "the historical concept of suicide in Japan," then this combined force becomes potent. If we connect this with computer games which are not based on reality, then escapism is clearly a way of life for many Japanese people and this can come via either factor but the central theme is that death is a mere stepping stone to another life.

Of course Buddhism exists in other nations, however, it is potent in Japan when fused with culture because Japanese culture does glorify suicide. For example this is expressed elegantly via "no" or via customs related to the samurai, which in turn was handed down during World War Two via the kamikaze. To make matters worse, a minority of modern Japanese films also make this custom appear to be noble and within the culture of Japan. Therefore, suicide appears to be within the thought-patterns of many people within Japan. So the unreal world of the internet, play-stations, reincarnation, and computer games, means that this is a potent mix and it becomes even more potent when it is fused to cultural norms and the theory of fatalism.

Fourthly, communication, critical thinking, and individualism, are all areas of importance. After all, a lot of communication in Japan, and other highly developed societies, goes on via the internet and cyberspace. So the unreal world is creating new boundaries whereby people feel lost or confused. Added to this is the lack of critical thinking in Japan and the need for conformity is also crushing the "souls" of many people in Japan. Therefore, individualism is not well liked and for people who can work within the group, then this is ok, but for outsiders who want to be creative, then this is a nightmare.

Sadly, despite this issue being very important it is still clear that little is being done to stem the rising tide of suicides in Japan. This issue should be of utmost importance and a national campaign which is really visible is needed, and needed badly. Yet this is not happening because the majority of Japanese people appear to be apathetic when it comes to demanding their rights. Given this, the leaders of Japan are turning a blind eye to this tragic aspect of Japanese culture.

Overall, it is clear that many factors apply to this tragic issue and of course other important factors that I have not mentioned are also equally important. For example, many Japanese people appear to be unable to argue or express their real thinking and of course this is leading to major frustrations and group suicides is also a major problem in Japan. Therefore, if working conditions are not improved and the notion of reincarnation is not challenged, then some Japanese people are going to look to suicide in order to escape from this life.

These areas, and the need to reduce stress and to challenge conformity are vital but will anything change in the near future? I fear not, therefore, the land of Hello Kitty is turning on itself and the world of reality and unreality will continue to overlap in Japan. Therefore, the body bags will continue to rise and more sorrow will be inflicted on loved ones who have been left behind. Given this, suicide will continue to cause havoc in Japan and it may get worse before it gets better. So will "real" political leaders stand up to this crisis or will it be another false dawn?