A Monk Sentenced in Eastern Tibet, Another Presumed Dead

Dharamshala, India -- Shonu, a monk as well as a staff member of Drakgo Monastery, Drakgo county, eastern Tibet whose whereabouts remained unknown since his arrest in February 2012, is in Mianyang Prison (Sichuan Province), according to Dharamshala based Tibetan Human Rights group. 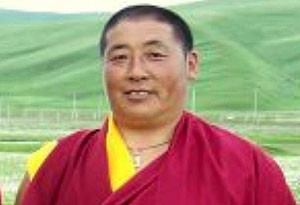 According to Tibetan Center for Human Rights and Democracy (TCRD), Shonu, 42, was sentenced in June 2012 to 18 months in prison for charges unknown at the moment.

In February 2012, security officers detained Shonu and four other staff members of Drakgo Monastery at an Internet café in Tridu (Chinese: Chengdu) city, capital of Sichuan Province. The whereabouts of the four monk officials: Tulku Lobsang Tenzin, a reincarnated lama; Geshe Tsewang Namgyal , a teacher and a staff; Thinlay, manager; and Tashi Topgyal aka Dralha, accountant, remain unknown to this day.

Shonu was born in 1969 in Garwa village in Drakgo County. In 1987, he joined Drepung Loseling Monastery in south India to study Buddhism. He returned and began working at Drakgo Monastery. He was arrested soon after the 23 January 2012 protests in Drango (Chinese: Luhuo/Chaggo).

The case of another ‘missing' monk, Tsering Gyaltsen of Drakgo Monastery, has taken a curious turn. In May 2012, less than four months after his arrest and subsequent ‘disappearance', Tsering Gyatsen's family and relatives held necessary rites and rituals to observe his ‘death' after sustained efforts to know about his whereabouts failed, the same source told TCHRD. Although he is presumed dead by his family members, they have yet to receive his 'body'.

On 9 February 2012, Tsering Gyaltsen, 40, was severely beaten and detained by Public Security Bureau personnel. He was born in Norpa village in Drakgo County. At a young age, he became a monk at Drakgo Monastery.

An unspecified number of Tibetans had been detained or ‘disappeared' soon after the 23 and 24 January 2012 protests in Drakgo, Sertha (Chinese: Seda) and Ngaba County. The protests themselves were violently suppressed by security forces who fired upon unarmed Tibetan protesters in Drakgo, injuring over 36 and killing six known Tibetans.

On 22 March 2012, Xinhua, the Chinese government-owned news agency reported the sentencing of seven Tibetans to 10 to 13 years imprisonment for their participation in the protest in Drakgo. On 26 April 2012, the Intermediate People's Court in Kardze (Chinese:Ganzi) Prefecture sentenced 16 Tibetans, including both monks and laymen, for their alleged involvement in the 23 January 2012 protest in Drakgo.