Beijing, China -- China's birth place of kung fu, the Shaolin Temple, has taken over the management of four Buddhist temples in southwest China in a move criticized by some Internet users for mixing capitalism with religion. 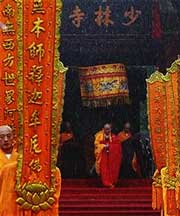