Tibet, China -- With a history of 1,014 years, the Zhada Toding Monastery is the first Buddhist temple built by Tibet's Guge Kingdom in western Tibet's Ngari Prefecture. 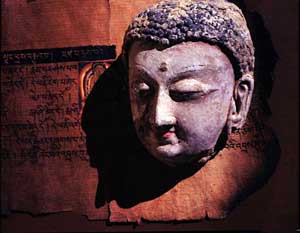 There are 83 stupas of different sizes and two walls around the monastery. Inside the stupas are cultural relics before 1200, including molded clay figures such as Buddhas, Bodhisattvas, Taras, heaven and kings, as well as clay towers.

The Guge Kingdom was founded in 10 A.D. when ancient Tibet's Tubo Kingdom was having an internal rift. In the following centuries, the Guge Kingdom on the western Tibet Plateau became stronger and created a unique Guge civilization, making great achievements in architectures, paintings and metalwork.