Tokyo, Japan -- In Japan the individuals Sesshu Toyo (1420-1506) and Sengai Gibon (1750-1837) have left a rich legacy behind because even today these two intriguing people continue to fascinate people who adore art and culture. Art and religion were instrumental to these two powerful characters even if the outcome to these two areas were very different. 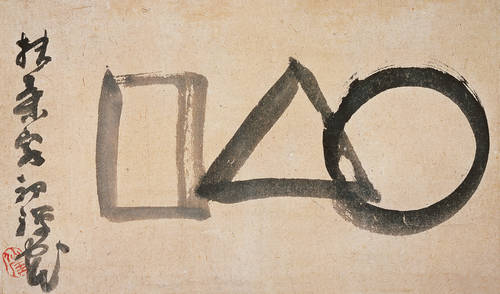 For Sesshu Toyo he sometimes felt entrapped by conservative aspects and ritual related to Rinzai Buddhism. However, for Sengai Gibon spirituality was everything therefore he didn’t fully utilize his artistic skills until much later in life.

Sengai Gibon also neglected the trappings of focusing overtly on high culture and traditional artistic norms related to the world of Rinzai Buddhism when it comes to art. Instead his art highlights humor but with a deeper message providing the individual shares the same philosophical background. Of course, the interpretation, connection and meaning will vary dramatically between individuals who view the art work of Sengai Gibon. Also, Sengai Gibon understood the need to attract all people to Rinzai Buddhism irrespective of background therefore light themes to his art could also breakdown many barriers.

However, Sesshu Toyo focused on sublime art which based itself on the rich traditions of the time but fused with individualism and new thinking. Yet Sesshu Toyo, unlike Sengai Gibon, struggled with his love of art and the religious vocation which he had. Therefore, at times he felt trapped between the religious world and his inner-artistic nature which flowed throughout his veins.

Ironically, we will never know the real artistic skills of Sesshu Toyo and Sengai Gibon but for different reasons. After all, Sesshu Toyo had suffered beatings by Rinzai Buddhist priests because of his love of art over religion when he was young. Alternatively, Sengai Gibon had the ability to express more sophisticated art if he had desired but clearly his main emphasis in life was on spreading the Rinzai Buddhist message and connecting the richness of Buddhism with ordinary lay people. Sengai Gibon also stated that “There are rules to painting in this world, but for my own painting, there are no rules!”

At no point does Sesshu Toyo reject Buddhism but the beatings of his earlier life and later constraints meant that he felt artistically unfulfilled. This can be seen by a very intriguing piece of art called “Huike Offering His Arm to Bodhidharma” because many aspects of this painting raises serious issues.

“On the contrary, while the art piece provides a mysterious aura to Bodhidharma and shows his power by being ranked higher to Huike, it does not show any piety from Huike. Therefore, why did Huike cut his arm off if no love, passion, piety or admiration?”

“It doesn’t matter if the image was a metaphor or not because the real power is the interaction and lack of respect. Maybe the image is showing that Huike is the real master and that power belongs to him but this would imply a deep devotion to Huike and a profound religious statement.”

“However, Sesshu Toyo wasn’t a religious fundamentalist and it wasn’t about a power shift. After all, in early Christianity some people were Pauline in thinking and revered St. Paul but St. Paul warns about this during his lifetime.”

The significance of Sesshu Toyo highlighting such an intriguing image in the late period of his life should not be lost. Therefore, I believe that Sesshu Toyo is highlighting his inner-anger towards the hierarchy of Rinzai Buddhist leaders. This means that the image of Bodhidharma is depicting Rinzai Zen Buddhism and Huike is the real Sesshu Toyo.

In this sense, Huike is Sesshu Toyo in this piece of art and he is showing his disrespect towards the institutions of Rinzai Buddhist leaders who desire to limit his artistic nature. Also, this stunning piece of art shows no feeling towards both individuals and clearly you have little reverence and respect in this art work between Bodhidharma and Huike. This also implies that the artistic passion of Sesshu Toyo was crushed and that Bodhidharma (Rinzai Zen Buddhism) only cared about power and keeping a watchful eye on individuals who desired to express themselves.

Of course, this is based on my own interpretation and the truth is that nobody will ever know because Sesshu Toyo took his true thinking to the grave. However, something is amiss in “Huike Offering His Arm to Bodhidharma.”

Likewise, but for very different reasons, the real art ability of Sengai Gibon will never be known. After all,  unlike Sesshu Toyo, he limited his artistic nature in order to focus on Rinzai Zen Buddhism. Therefore, Sengai Gibon only focuses on art to a major degree when he reaches the later stages of his life. Not only this, but Sengai Gibon wants to enlighten all and sundry towards the Buddhist faith he holds dearly therefore his thinking was more expansive when it comes to this dimension.

It must be stated that at no time does Sesshu Toyo reject Buddhism because his qualms are related to institutionalism and clamping down on his artistic nature. Also, the approach of both individuals to art is very different and the sense of humor that Sengai Gibon was blessed with shines through deeply within his artwork.

Michael Dunn in an article published by The Japan Times comments that “As an artist, Sengai was not only an outsider to the established art schools and academies, but a free spirit, whose manifesto expounded that painting was not a subject that could be limited by rules. This philosophy is apparent at first sight in any of his paintings, which look sketchy, improvised and perhaps — to the Western eye — unfinished. No careful studies of light or color impressions here; expression is all! And yet they each convey some profound Zen principle or aphorism in an easily understandable form, much like the pithy insight seen in parables, proverbs or political cartoons.”

“Despite the hastily sketched roughness of his paintings, Sengai was perfectly in command of brush and ink, an artistic discipline — unlike oil painting — where the result of ink contacting paper is final, leaving no chance for mistakes to be rectified. This mastery is apparent in his painting of bamboo that matches in skill the best efforts of the Nanga (Japanese literati) painters of his time, or his evening view of Hakozaki Beach, where a single broad brush stroke shades from black through gray to capture the volume of a sea embankment.”

Art for Sesshu Toyo took pride of place in his heart but for Sengai Gibon art was a tool to express humility, humor, Buddhism, and thought provoking questions. The reason I state “humility” is because Sengai Gibon had huge potential but in time “all potential turns to dust” and only “a shell” remains of people who are remembered in history. Therefore, reality is clouded based on different perspectives and how individuals view the world.

Meanwhile, for the 99.99% per cent of other individuals then in time nothing is remembered and all names are forgotten. In a way, the art of Sengai Gibon was aimed at the 99.99% of individuals and only elites through reinterpretation have put them on a higher plain based on “images of Zen.” However, “the real Zen,” just like the “real Christianity,” the “real self,” and so forth, is nothing more than an illusion based on multiple factors.

For Sesshu Toyo art was deeply impassioned within his heart and religious dogma and tradition ate away at his soul. Yet for Sengai Gibon art was rejected in his earlier life in order to focus on Rinzai Zen Buddhism. Therefore, the art produced by both is not only a million miles away but their real spiritual and artistic vocations meant completely different things to both Sesshu Toyo and Sengai Gibon.

Neither rejected Rinzai Zen Buddhism or art but clearly their paths and passions went in different directions. However, in a world based “on interpretation” then what is “real” and what is “false” is up to the individual to decide.

Some articles are republished on the need to highlight aspects of Japanese art and culture to a wider audience.