Tokyo, Japan -- Kihachiro Kawamoto is a master of puppet animation who has studied under Czech animation giant Jiri Trnka. He adapts stories from traditional Japanese sources, such as classic books, noh and kabuki, imbuing them with a Buddhist world view. 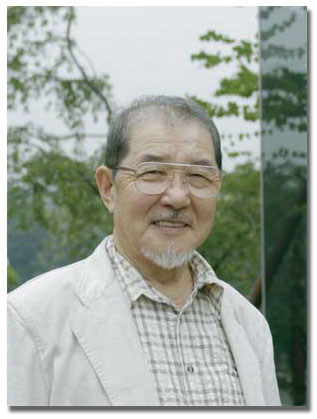 So his films serve as a good, if probably unintentional, introduction to the nation's traditional culture. The puppets he creates move elegantly and even show craziness and emotions like sadness and fear.

Kawamoto's latest work, Shisha no Sho (The Book of the Dead), based on a novel of the same title by Shinobu Orikuchi, displays the accumulation of his skills and philosophy.

Iratsume (voice of Rie Miyazawa), a young woman from a noble family in the Nara period (710-794), is a devout Buddhist who spends much of her time hand-copying the sutras. One evening, after copying one sutra a thousand times, she sees a radiant figure floating above a mountain. She leaves home for the mountain, where she hears about Prince Otsu, who was executed 50 years earlier in a court intrigue.

It turns out that the prince's spirit was drawn out by Iratsume's devotion to the religion, and the ghost mistakes Iratsume for the last woman he saw before he died. Obsessed with her, the ghostly prince starts to haunt her, but she is so pure that she believes the prince to be a reincarnation of the Buddha. She decides to make a giant shroud for the prince to heal his soul.

The story is told mainly through narration and therefore occasionally drags, but the puppetry and the cinematography are well above the level of educational shows on TV.

Kawamoto's earlier short films featured less narration and, in some cases, an avant-garde visual style. They will be showcased later this month at Eurospace in Shibuya, Tokyo, in a retrospective program titled "Respect Kawamoto Kihachiro."

On the avant-garde end of the scale is Tabi (The Trip, 1973), a cut-out animation about a young woman's journey through a psychedelic world. The style here shows the strong influence of Trnka, under whom Kawamoto studied in 1963.

But not all his works are scary. Hanaori (Breaking of Branches is Forbidden, 1968) is a pantomime comedy about a young man who gets drunk while he was supposed to be guarding a cherry tree in full bloom.

As a side event, Kawamoto's puppets will be on exhibition Feb. 21-26 at the Daikokuya Gallery in Ginza, Tokyo.