Ex-monk's reflection of Thais and Buddhism

Bangkok, Thailand -- Few embody such a gross misinterpretation of Buddhism as that weird-looking guy who has just returned from a long exile abroad. The former phra Yantra Ammarobhiku radiates none of that aura that the popular monk whose sexual scandals rocked Thailand's ecclesiastic circles some two decades ago had. Press and social media photos show him dressed in strange clothing that some may call robes, and sporting a long beard that obscures much of his face. 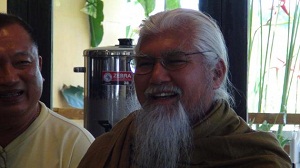 It's hard to believe that the man used to be one of Thailand's most revered spiritual leaders, and that people once sprinkled his footpath with flowers and many simply wanted to kiss his feet. It's amazing what "fame" can do, and it's startling what "religious fame" can produce.

Lord Buddha had everything before he started looking for ways to detach himself from it all. "Yantra" was the complete opposite, being a man who had little until the popularity brought on by monkhood changed everything.

In fact, it's a classic scandal featuring Thai monks. It always starts with humble beginnings, a disciplined lifestyle and strict "adherence" to Lord Buddha's teachings, but then people start taking notice, leading to an outpouring of veneration…and the rest is history. The Yantra scandal lasted a few months. When the news broke that he was a womaniser disguised in saffron robes, most people were incredulous and the media had to take extra care in their reporting due to his enormous religious and social status.

There were women he allegedly had carnal relations with. There was a girl he allegedly fathered. There were pictures of him doing many "blasphemous" things.

In the end, he was forced out of the monkhood. When he fled Thailand, he left an indelible scar on many people's religious minds. On the bright side, his case emboldened the media and detractors of celebrated monks, and more high-profile exposures followed.

Without Yantra, it would have probably taken much longer for Thailand to realise how many wayward monks were hiding behind their solemn semblances and stirring sermons.

Yantra still enjoys a small following, which is probably harder to explain than his initial rise to stardom. That many people had lost their faith in him is understandable. That some still have faith in him despite all the evidence of conduct unbecoming of a monk raises the question of how much Buddhism is understood among some of its disciples.

It may be a bit unfair to deem him the ultimate symbol of Thailand's religious failure. He may be one of the few outstanding examples proving that men of religion can go astray, but it takes two to tango. In other words, he's not the only one to blame. Without irrational admirers who spoiled guys like Yantra to the extreme, potential scandals might have just withered away.

Many Thai Buddhists not associated with Yantra are still convinced that lavishing alms on already rich temples is the surest stairway to heaven. Heaven is like a condominium to them. They believe that the more you donate to your wat - even at the expense of your family's welfare - the "higher" the floor you will occupy in the afterlife.

If Yantra was exploiting Buddhist faith to feed an insatiable sexual appetite, there are countless others who are using the religion to reap commercial gain. Which is worse? That's not an easy question. An even more difficult conundrum is whether it's right to crack down on one anti-Buddhism form and turn a blind eye to the other.

So, while Yantra is an extraordinary case study, he's also a mirror. Thais can check out his past, look at him now and hopefully see a reflection of what has gone wrong in a country considered one of Buddhism's biggest sanctuaries.