Bangkok, Thailand -- Women's struggle to be afforded the same rights as men goes on, and the freedom to fulfil their spiritual aspirations is no exception. Buddhism, like other religions, still has mechanisms that prevent women from enjoying privileges given only to men. 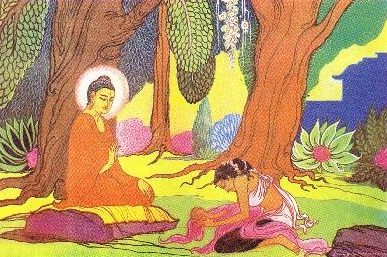 At a recent seminar it emerged that the situation hasn't changed much regarding the ban on ordination for women in Thailand. Though Chatsumarn Kabilsingh was ordained as a bhikkuni in Sri Lanka in 2003, in Thailand the Sangha Supreme Council has maintained its prohibition against women becoming members of the Theravada clergy.

Last November the "controversial" ordination of 47 women by Sri Lankan bhikkus and bhikkunis at a monastery in Songkhla province met with strong resistance from Thai Buddhism's governing body. Meanwhile Thai monasteries in foreign countries continue to face excommunication if they ordain women.

The Songkhla ordination was seen as a challenge to the Sangha Council's authority. Supporters of ordination for women say the ban rests on the council's peculiar interpretation of rules rather than the Buddha's teaching. They point out that the Lord Buddha was among the first religious leaders to affirm women's equality with men in terms of spiritual potential. Thus, dharma principles offer no obstacles to women's ordination.

Bhikkhuni Dhammananda has said she ordained to maintain the heritage of the Buddha by reviving the faith's four pillars - bhikkus, bhikkhunis, ubasok (laymen) and ubasika (laywomen).

Limiting the rights of women is not a new phenomenon in Theravada Buddhism and neither is it confined to Thailand. Women in Myanmar and Cambodia are also denied entry to the clergy by local interpretation of the rules. In Thailand the Sangha Council upholds the prohibition by citing a pronouncement made in 1928 by then-Supreme Patriarch Chinavorn Siriwattthat.

In theory a quorum of both male and female clergy could agree to permit ordination for women, but the council says this is impossible because the lineage of the Theravada Bhikkuni has been discontinued. The lineage was revived, however, with the ordination of Bhikkhuni Dhammananda, so the rule should be changed.

As Thailand undergoes reform, the Sangha Supreme Council is coming under increasing pressure over a number of recent religious controversies. This seems an opportune moment to place the issue of women's ordination on the table.

The fact that there were bhikkunis in the Buddha's time demonstrates there are no grounds for the ban on female clergy. The Buddha granted women equal rights to walk the spiritual path. This fact should also be borne in mind by those currently drafting the Constitution as they seek to enshrine in law equal rights for women.

Women's long struggle for equality has already borne fruit in several areas. They have overcome economic, political and social obstacles. But in religious life they still face hurdles. Now is the time to demolish the barriers to spiritual freedom and return to women the right they enjoyed in the time of Lord Buddha.