Buddhist Channel to utilize benefits of Web 2.0 technologies to reach out more effectively

Kuala Lumpur, Malaysia -- The re-launch of the Buddhist Channel on August 1, 2006 (BCWEB2.0) incorporates a unique system few would have noticed (except perhaps for the tech savvy). 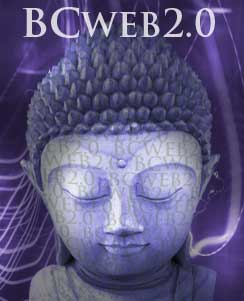 While there have been changes made to the overall layout and organization of the site, a major technological innovation has been put in place which will revolutionise the way Buddhists generate news and share information throughout over the world.

BCWEB2.0 will fundamentally influence how Buddhist news and information are produced, edited and distributed. It is a system implemented with "community journalism" in mind. While the channel is renowned for aggregating Buddhist news as they happen, BCWEB2.0 adds a new dimension as a "community aggregator".

With a dynamic, powerful content management system in place, the Buddhist Channel now has the capability and capacity to enable community centers anywhere on earth to engage more intimately with their residents and followers through custom content and focused outreach programs.

Technology aside, a critical component for the success of BCWEB2.0 is the delineation of the site according to geographical regions and subject categories. No longer contented with the distribution of news according to continental divides, the revamped site has broken down continental regions into smaller regional sectors and individual countries.

This is true for places of Buddhist origin like Asia. For other areas with substantial Buddhist readers like North America, where they are most likely to obtain information of Dharma based activities via the Internet, the continent is further categorised into eight regional groupings. Each sector is equiped with their own area news coverage as well as a real time event calendar. More than anywhere else, technology will have a significant influence in spreading the Dharma here. This is especially true for the United States.

At the heart of this community building and integration process is an affiliation program. When a group or entity has been appointed as an affiliated member, it will be given the privilege to access the BCWEB2.0 system and be allowed to manage a content area of their designated responsibility.

For instance, the BCWEB2.0's first affiliated member, the Buddhist Federation of Australia (BFA) will be given the privilege to maintain the site designated as "Oceania".

To date, we have either concluded or are in the process of finalizing affiliations with the following centers / groups:

With BCWEB2.0, there are many exciting possibilities and opportunities abound. Here's a sampling of will be happening soon:

We are indebted to the vast army of open hearted, open source programmers who have made internet technologies ubiquitous through what is called as Web 2.0. With Web 2.0, multi-media content has become a reality, and made "push technologies" such as e-Newsletters, affiliation programs, RSS news feeds, Podcasting and Videocasting into important components of powerful community building tools.

We feel truly blessed to be associated with such talent, as it is through their effort that we have the opportunity to enable the Buddhist Channel to become an effective media for Buddhists to know more about their faith wherever they are.

If you wish to help and keep us going, please feel free to make a small donation. We welcome any assistance that you can give.

So onwards with the journey towards enlightenment! Thank you and may you and your loved ones be well and happy always.

With Palms folded in reverence. Bow.

Thank you for making BCWEB2.0 happen

We are greatly indebted to the following for making BCWEB2.0 a reality:

And a special thanks to all our donors who, with your immense support, gave us the peace of mind to pursue this dream.