Singapore -- The National Parks Board (NParks) is reminding the public not to release animals into the wild this Vesak Day. 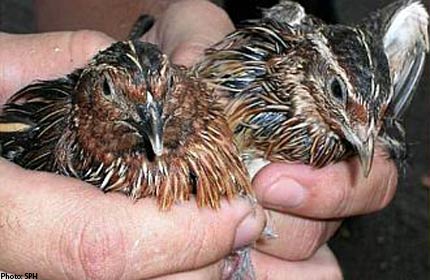 To raise public awareness on the rationale behind this, NParks is working with volunteers to carry out "Operation No Release" in the nature reserves and reservoirs.

"As some of these animals are usually kept as pets, they are not likely to survive as they are not used to the surroundings and are not able to cope in the wild. If these animals carry viruses, they will also affect other native wildlife," warns Mr Wong Tuan Wah, Director of Conservation in Nparks.

"Operation No Release" hopes to educate and advise members of the public on the harmful effects of this practice.

"It would be more beneficial to reduce our meat intake all year round than simply releasing animals during Vesak as this could also encourage vendors to increase the supply of animals for this very purpose," advises Angie Chew Monksfield, President of the Buddhist Fellowship.

To complement efforts of the "Operation No Release", NParks is partnering with Primary Four students from CHIJ Our Lady Queen of Peace to conduct an Outreach Ambassador session.

The session will educate and advise the public against releasing animals into nature areas.

Volunteers and students will be setting up a station at the Bukit Timah Nature Reserve on May 19 from 9am to 12noon.