Releasing animals will do more harm than good, exposing them to natural predators and causing harm to the eco-system

SINGAPORE -- The National Parks Board (NParks) has reminded members of the public not to release animals into the parks and nature areas during the Vesak Day period. 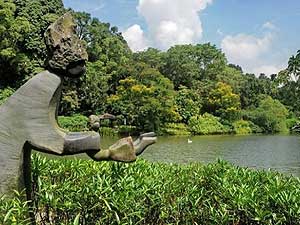 “We would like to appeal to the public not to release animals into the wild as it does not guarantee their survival,” said Mr Wong Tuan Wah, Director of conservation at NParks.

“Some of these animals are kept as pets and are not likely to survive in the wild if they are unable to fend for themselves in the new surroundings.

“Other animals that are able to adapt to the new environment may disrupt the ecological balance when they compete with native species for resources or introduce new viruses.”

Mr Yap Kheng Guan, President of the Buddhist Fellowship, said: “We rejoice with Buddhists around the world as they commemorate the sacred day of Vesak.

“Some may mark the day with the act of animal liberation.

“Out of kindness and compassion, it is good to refrain from releasing the animals in nature reserves and reservoirs. Doing so may subject the released animals to natural predators or may cause harm to the eco-system.”