Himachal Pradesh, India -- Some say the dark age, age of vice - Kaliyuga (last of the four stages the world goes through as part of the cycle of yugas described in the Indian scriptures), is here now, or at least coming soon. Some even fear that at the end of 2012 the world as we know it will end. 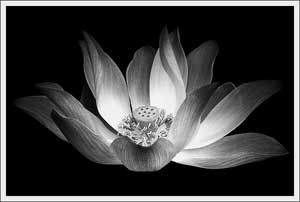 What determines if an age is dark or golden? What are the symptoms or omens? Earthquakes, violet skies, meteoric activity, these are not the omens of doomsday as we are made to believe.

Likewise, Cherub's flying, a sound economy, freedom of information, peaceful times are also not necessarily signs of a golden age. The age of light is said to be when people value empathy and forgiveness, when they have a willingness to see other people's view, and are contented with what they have.

When such values are systematically sabotaged, then you can say that the dawn of the doomsday has begun. When we look at a harmless beggar as a pest and envy billionaires who routinely destroy the earth, we are inviting doomsday to come.

Like Buddha taught, everything is dependant on cause and condition. Dark and golden ages are no exception. They are not predestined, nor are they random or chaotic.

Shakyamuni with his lotus feet may approach your doorstep for alms but if we keep on being obsessed with Patek Philipe watches, fame or friends, or six pack abs, then Buddha's truth is an annoyance, an inconvenient truth.

Even though we may be in midst of "Kaliyuga" and are subject to endless causes and conditions of the dark age - easily distracted and confined to thinking of our own self preservation, aspiring to reach benchmarks based on materialistic, consumerist values - we can take advantage of it.

It is said that during "degenerate times", the compassion of the Buddhas and bodhisattvas are ever stronger. A savvy spiritual person could take advantage of that opportunity. The dark age can be a reminder of the urgency and preciousness of the Buddha, Dharma, and Sangha.

As beings that are dependant on conditions, we need to search for light, and cultivate the conditions that brings light. We need constant reminding of the opposite of materialism. For that we need the image of the Buddha, the sound of the Dharma, and the structure of the Sangha.

In the past few years, we have lost some of the greatest appearances of the Buddha, such as Kyabje Trulshik Rinpoche, and Mindroling Trichen Rinpoche and Penor Rinpoche, who were all great reminders. But even though their appearance have dissolved, bear in mind that their compassion does not know the meaning of limitations.

In the spirit of where there is a demand, there is supply, we should have aspirations and longing for the appearance of the Buddhas and Bodhisattvas to never to cease, and- to put it in a trendy term - their swift rebirth.

But this rebirth should not be limited to a Tibetan child who has been raised in a particular culture or tradition. We can wish for Buddha's rebith in all forms, even as something seemingly insignificant as the breeze, to remind us of the values of love and compassion and tolerance.

We must aspire to galvanize myriad manifestations of the Buddha, not just throne-hopping, Rolls Royce-driving tulkus who are a product of nepotism.

Dzongsar Jamyang Khyentse Rinpoche, also known as Khyentse Norbu, is a Bhutanese lama, filmmaker, and writer. His two major films are The Cup (1999) and Travellers and Magicians (2003). He is the author of the book What Makes You Not a Buddhist (Shambhala, 2007). He is also a prominent tulku associated with Dzongsar Monastery in Derge, Eastern Tibet.