The Meaning Of Virtue And Virtuosity

San Francisco, CA (USA) -- The Buddhist path is often described in terms of steps one takes to lead what is commonly referred to as a "virtuous life" -- an idea that strikes a chord of anxiety into the hearts of people new to Buddhism (and quite a few long-term practitioners). 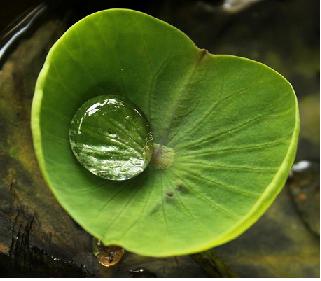 The meaning of virtue has been debated and defined in various ways by different schools of Buddhism-- as well as other religious and philosophical traditions-- over the centuries.

There are many stories, for example, about Buddhist monastics who, in the centuries following the Buddha's passing, took exceptional precautions to avoid stepping on insects or the possibility of inhaling them.

So it's quite natural that people might wonder what virtue means in the context of modern life, with its abundance of choices and challenges.

Of course, there's a lot to be said for living simply. Fewer distractions allow us more time to devote to examining our lives and the effects of our thoughts, feelings, and behavior, not only on our own lives but on the lives of all the people with whom we come into contact. But that is only one aspect of a manner of living that might be described as virtuous.

In a broader sense, virtue, or virtuous living -- as I understand it -- comes very close to the Hippocratic oath that doctors take: First, do no harm. The earliest and most persistent descriptions of virtue in the Buddhist teachings involve avoiding activities that cause harm to others, including killing, theft, sexual abuse, lying, slander, and gossip. Interestingly enough, they also include activities that may harm oneself, such as overindulging in intoxicants, food, and certain types of habitual activity -- understandings that evolved long before terms like "addiction" or "obesity" were defined by modern medicine.

But the Tibetan word gewa, which is often translated as "virtue," has a deeper, more significant meaning. Like the old Middle English word vertue, which was related to the effectiveness of an herb or other plant to strengthen certain qualities inherent in the body and the mind, gewa means making choices that extend our emotional and intellectual strength, illuminate our potential greatness, build our confidence, and enhance our ability to assist those in need of help.

A third, and final, understanding of virtue -- which has evolved from conversations with a few friends and students around the world -- builds on this aspect of developing or cultivating our strengths. Artists who exhibit extraordinary skill in their respective fields are known as "virtuosos" -- an English word that comes from an Italian term signifying someone who demonstrates exceptional skill.

"Virtuoso" may not have been a common term in the language the Buddha spoke or in the languages in which his teachings were passed down orally from teacher to student for several hundred years until they were finally written down. However, everything I've learned from my own studies, the teachings I've received, and my own experience as a teacher, counselor, husband, and father suggests to me that what the Buddha discovered during the days and nights he spent meditating under a tree in Bodhgaya, India, was a method through which we can all become virtuosos in the art of living.

Each of us is gifted with the ability to recognize within ourselves an astonishing capacity for brilliance, kindness, generosity, and courage. We also have the potential to awaken everyone with whom we come in contact to the possibility of greatness. We become virtuosos to the extent that we develop our potential to the point at which -- even without our conscious intention -- our actions and our words serve to awaken the "human artist" in everyone.

But in order to do that, we have to understand the basic material with which we're working. A skillful potter has to learn to recognize the qualities and characteristics of a lump of clay with which he or she works. A virtuoso farmer has to understand the relationship between soil and seeds, fertilizer and water, and implement that understanding in terms of actions.

Likewise, in order to become virtuoso human beings, we have to begin by understanding our basic nature -- the clay, so to speak, with which we're given to work.

And that, to me, is the essence of the Buddha's teaching. It's within our power to become virtuoso humans. The process involves a step-by-step examination of the ways in which we relate to ourselves and the world around us. As we integrate this examination into our daily lives, we begin to realize the possibility of living each moment of our lives with a previously unimagined richness and delight.

This approach, advanced 2,500 years ago, asks us to look at who we are in terms beyond the stories we tell ourselves about ourselves, about others, and about the world around us.

So let's begin to practice virtuosity in our own lives. Let's ask questions of ourselves.

Who are we? What are we? How can we learn not just to survive but to thrive in the midst of the challenges we face moment by moment, day by day, year by year?

The answers may surprise -- and possibly even delight -- us.