10 Steps to being a Good Convert Buddhist

San Francisco, CA (USA) -- Many people who have ‘shopped around’ to various Buddhist groups have encountered some uncomfortable moments, “obstacles”, what feels like weird rituals or stuffy dogmas, odd teacher-student relationships (subservience, etc), and so on. 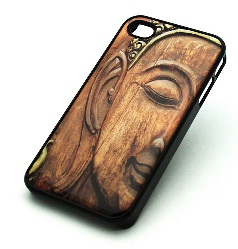 And then those folks go online, or if you meet them in person will tell face to face, that “Zen people are weird because….” or “I just could never do Tibetan Buddhism because…” or “Theravadins are so…” And out comes a litany of narrow-minded prejudices against a whole tradition or culture based on one or two experiences. Or a wiser and more tempered person will note that it is only based on a limited experience, “but still…” And then claims about the finer points of Buddhism follow and too often a completely cerebral and too often useless conversation ensues.

Here are some pointers on how to be a good convert Buddhist:

And here are three bonus steps for the intermediate level good convert Buddhist:

-------
* ‘convert’ generally refers to those coming into the religion from a previously non-religious background or having held a faith other than Buddhism. It includes Asians, Africans, Europeans, Native Americans, etc who self-identify as having ‘converted’ to Buddhism (or to a particular branch of Buddhism if they were raised in another).