Bangkok, Thailand -- The Buddha's path is a path of renunciation, letting go of all worldly desires and interests. So it's often seen as strange when devout Buddhists, especially Buddhist monastics, take a stand on political issues. 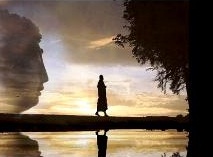 On May 14, a number of Buddhist leaders in the US, including the respected senior monk Bhikkhu Bodhi, held a meeting at the White House, where they discussed matters of urgent contemporary importance, including climate change.

This sparked a deal of outrage on the internet; which, admittedly, is not hard to do. Some people argued that Buddhist monastics should just stay completely away from the political arena.

But involvement of monks with politics is nothing unusual. In Thailand, the Sangha is governed by an act of parliament. Monks have participated in street rallies, protesting to ensure that the monks keep their privileges; I haven't heard of Thai monks protesting on behalf of anyone else's interests.

In Myanmar, too, there is a Sangha Act, and the monks have lived inside one of the world's most brutal regimes for decades; obviously there have been political ramifications that the monks have to deal with, one way or another.

Just recently, three Myanmar monks received World Harmony Awards from the Parliament of the World's Religions for standing against the persecution of the Rohingya. One of the monks, Rev Seindita, said that if anyone wants to hurt the Rohingya, "they will have to kill me first". In Sri Lanka some monks formed their own party and won seats in parliament. In Vietnam similar things have happened. In Tibet, of course, the Sangha was the government. So whatever country you are in, you'll find monastics involved in politics.

To argue that Sangha should not be involved in politics is naive: everyone is involved in politics, whether you like it or not. Staying in a forest monastery in the middle of the wilderness is an act of deep political consequences. I've lived in such places, and I have seen what monks must do to manage monasteries in such places. You have to deal with developers, loggers, tourists, visas, building, protected species, drug smugglers, weapons dealers, illegal immigrants, crime, and on and on it goes. This is just the world we live in, and the world has a political dimension.

The question is not whether you are political, but how.

In many of the examples of traditional Buddhist societies I have mentioned above, the majority situation is that the Sangha aligns itself with the nation-state. Buddhism becomes a nationalist religion, whose purpose is to ensure allegiance to the governing powers.

This is, of course, completely against the dhamma. If we look at the Buddha for guidance, we see that he never shied away from engagement with politics, but he did it in rather a different way.

In multiple places, the Buddha is approached by political figures, whether kings, ministers, or generals, and asked various questions. Sometimes these are just general questions, but sometimes they are specifically to do with matters of state. In each case the Buddha would give considered and useful advice. Indeed, even apparently innocent events can take on a political dimension; consider, for example, the time when the Buddha encouraged King Pasenadi, who was sad to hear that his new-born child was a girl, by saying that a girl could be just as good as a boy. This is highly significant, given the inevitable questions of inheritance and lineage that accompany kingship.

The Sangha should speak with an independent, critical, ethical voice. There are some things that governments do that are good, like try to encourage harmony between religions, and we should support them. There are other things that governments do that are bad, like going to war and destroying the environment, and we should oppose them. The Sangha shouldn't go into parliament, or get into bed with a government, but they should be outspoken on important ethical issues.

It is especially crucial that the Sangha articulates a universal ethical vision, based on the Buddha's concern for "all beings". We must transcend petty concerns of nationalism. The most important ethical challenges of our time, like climate change, are global, and there are far too few voices willing to speak for the world.

In Australia, politicians have repeatedly said they hear too little from the Buddhist community, and want us to be more outspoken. I have been involved with multiple visits to politicians, from local council members to the prime minister. With religious leaders from many backgrounds, we have spoken to our politicians about climate change, about harmony, about peace, about contentment, about compassion.

There is so much greed in this world, and so little wisdom, that we should not underestimate the impact we can have. Most politicians hear little all day but self-interested lobbying; for them even a little wisdom, a small voice backed by sincerity and spiritual depth, is memorable.

I think what Ven Bodhi and the other Buddhist leaders are doing in the US is wonderful. It makes me proud to be a Buddhist. Too often I have seen moral cowardice and apathy disguise itself as spiritual virtues. We should be outraged by many of the things happening in our world, and we should try to make a difference.

If you oppose this, think what you are doing. You are taking some of the few voices of wisdom, compassion, and moderation in this world, and denying them a place. You are silencing wisdom. By doing so, you are doing the work of Mara.

Mara would love nothing more than to have spiritual leaders stay shut up in their monasteries and meditation centres and tell people to let go of the world. Then he can get on with his work without interruption. This is precisely what he did when the Buddha became awakened: encouraged him to be totally detached from the world. The Buddha refused. Thank goodness we have his example for how to engage in such matters in a balanced, wise and useful way.

------------
Bhikkhu Sujato is an Australian-born Buddhist monk, dhamma and meditation teacher, founder and former abbot of Santi forest monastery in Australia. He is also a scholar of early Buddhism.