A Buddhist view of homosexuality

Kuala Lumpur, Malaysia -- We can no longer pretend that this aspect of human behavior - homosexuality - is something shameful and if we ignore it long enough it will simply go away. 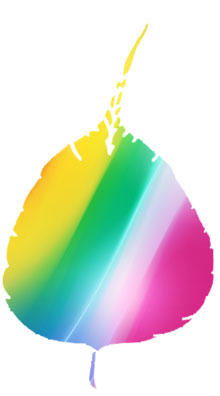 << "There is nothing intrinsically wrong with sex. What is wrong is attachment and slavery to it, on believing that indulgence in sex can bring ultimate happiness.." -- Ven Dr K Sri Dhammananda (1919-2006)

To begin with, present day attitudes are largely influenced by the Tudor-Christian approach in the Bible which was blown out of proportion by the narrow mindedness of the Victorian era in 19th Century England.

As human beings, we are equipped with bodies which crave for the pleasures of all kinds (not only sex) - for food, pleasant smells, sounds etc. If we deny these for being sinful, then we repress natural desires which are harmful. The being which is the victim of MAYA (ignorance) sees the body as real and craves to satisfy its longing for KAMA.

But as the being matures spiritually MAYA is replaced with VIDYA (knowledge) and PANNA (wisdom) . Therefore when the body is seen as an illusion, than the being naturally GROWS OUT of craving. Here, we see the superior being renounces sex through maturity just as a child stops playing with toys as he or she grows up.

There is nothing intrinsically wrong with sex. What is wrong is attachment and slavery to it, on believing that indulgence in sex can bring ultimate happiness. This is the problem with the exploitation of sex by the mass entertainment industry today - extending the myth that sex can bring lasting happiness.

The third of the Five Precepts we recite in daily Buddhist practice is: undertake the training rule to refrain from sexual misconduct. First we note that there is no compulsion, no fear of punishment for infringement of any divine law, but when we recognize the danger of attachment to sex, we freely take the steps (training rule) to grow out of it, i.e. "I undertake".

These latter have voluntarily taken it upon themselves to abstain from sex to better concentrate on their spiritual progress. By misconduct is meant behavior which harms the person who does the act or the other party.

This in a way means that if both parties are consenting adults, not under-aged, not “attached”- legally or otherwise to someone else, there is no harm done.

In Buddhism we do not consider any action "sinful" in the sense that we transgress a divine commandment. We act wrongly because of Ignorance and therefore we commit an Akusala Kamma (unskilful action) which delays or interferes with our spiritual progress. Because of our Ignorance about the real nature of things (in this case our body) we act in ways which are detrimental to us from a spiritual point of view.

Wisdom and Understanding will help us refrain from harmful actions, both mental and physical.

In this connection, Buddhism does not recognize that marriage is a divinely ordained institution which suddenly makes sex OK. Sex is a human activity which has nothing to do with heaven and hell. You will notice that sexual restraint is only ONE of the Five Precepts.

Killing is far more serious because you can hurt another being more viciously. Sex is caused by a craving just like craving for food, liquor, drugs, wealth, power, etc. Attachment to any of these constitutes Akusala Kamma. Buddhism discourages any of these forms of carving because it will tie us down more firmly to Samsara. Also indulgence in sex can lead to other evils.

One may see from this that Buddhism does not see Homosexuality as WRONG and HETROSEXUALITY as RIGHT. Both are sexual activity using the body, both are strong expressions of lust which increase desire for life and therefore trap us longer in Samsara. Whether two men or a couple fall in love, it arises out of the same human limitation that is, of not seeing the body as empty of any ultimate reality.

Buddhism does not condemn homosexuals in the same way as it does not condemn any wrong doing. We act through ignorance of the true nature of things, therefore we are only guilty of AKUSALA Kamma (unskilful action) . We have no right to condemn others.

Our duty is to help others see that they are acting out of ignorance, to show how real happiness can be gained. We have no right to condemn those who think or act differently from us especially when we ourselves are slaves of sensual pleasure in other forms. We know that when we point one finger at others, three fingers are pointing at us.

In summary, homosexuality like heterosexuality arises from Ignorance, and is certainly not "sinful" in a Christian sense. All forms of sex increase lust, craving, attachment to the body.
With wisdom we learn to grow out of these attachments. We do not condemn homosexuality as wrong and sinful, but we do not condone it either, simply because it, like other forms of sex, delays our deliverance from Samsara.