London, UK -- I’m a woman - of faith. I am a Buddhist. Yes, I’m one of those people that follows the teachings of the “big, fat, laughing man who, when you rub his belly, gives you good luck” - supposedly. (In case you don’t know who he is, he’s called Buddha.) 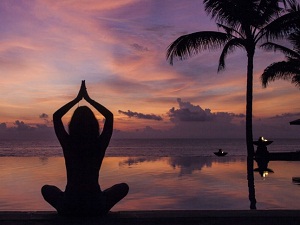 But in the past few months, I’ve had some shocking comments thrust towards me, simply because of my religion or my way of life as I prefer to call it.

In the past few days alone I’ve had comments like - 'You’re a Buddha aren’t you?' and 'they are tree huggers!'. But for me, the one I’ve found to be the most offensive is, 'I should be a Buddhist, things don’t make me happy.' As if it was that simple.

I began my path of enlightenment half a decade ago, having been a Christian for 10 years. You could say that I’ve always been a person of faith, as I was baptised a few months after my birth. Regardless, being a woman and being religious does have its consequences.

I frequently get asked, “But what is Buddhism about?” and when I openly tell people, my answers are usually met with a disconcerting upward gaze and raised eyebrows, almost with a hint of snobbery. Is there anything wrong with employing moral behaviours and attributing them to someone from the past?

There seems to be - unfortunately. Buddhism is regarded in many countries as a religion of tolerance, love and compassion. Christianity promotes moral behaviours, as does Islam, so why should Buddhism be seen any differently?

Why is it OK to publicly dismiss one religion? Is it because it's seen as less of a threat?

Maybe it has something to do with the fact that I’m a woman. You can’t identify me as a Buddhist, unless you read into it or know me quite well. Some Buddhists choose to wear yellow or white to represent the ‘Middle Way’, and yellow is also the colour of Buddha’s robes.

Other Buddhists wear modern clothing but focus on the colours of the Buddhist flag; yellow, white, orange, blue or red. The different colours represent the important concepts of Buddhism. Some of us choose to cover up.

When people ask me about Buddhist dress, some seem interested. But most people find it odd. They shrug their shoulders and tell me I should 'get with real society'. But what's normal for them shouldn't have to be for me.

People who are religious are placed into another category (or sometimes on another planet) for believing in 'sky-fairies', as someone once said to me. I’ve also been told that women should be practical and not theoretical in their beliefs.

I have felt prejudice because of my religion.

There’s the belief that I can't feel bad or get irritated about things and sometimes that means people can - and do - take advantage of me. It’s happened before and it’s offensive. I still get jealous and annoyed like any other human being and that’s okay as I’m still learning. But when people say my emotions mean I'm 'not a proper Buddhist', that hurts. My faith means a lot to me. I'm trying.

If I look at myself in the mirror and feel a pang of low self-confidence, my faith tells me to be optimistic and to be kind to myself. There’s nothing immoral in that. It doesn’t make me narcissistic, it makes me confident. I don’t hold a grudge either and that’s because I don’t like to get attached to things. People always ask me to explain my behaviour because I am a Buddhist. 'Why do you do that?' is something I often hear.  I don’t mind explaining, but I do feel like I'm asked more because of my gender.

When we bring mental health into the picture, things can get even more complex. So I’m a woman of faith - who also has mental health problems. Suddenly I'm a 'mad woman', who doesn't have her beliefs taken seriously. Being Buddhist helps me with my mental health, but the gender codes of society label me in a way which means I feel guilty for being anxious.

Like my behaviour and my faith isn’t normal. I then feel guilty for being Buddhist - and I shouldn’t. It’s my religion and I’ll practice it how I like - meditation, chants and all.

I'm not hurting anyone.

But people are hurting me.