Walking the Path of Karuna (Compassion)

New Delhi, India -- Analytical logic and philosophical reasoning have characterised much of Buddhist thought. Yet, it is perhaps the path of compassion or karuna that lies at the heart of the Buddha principle. 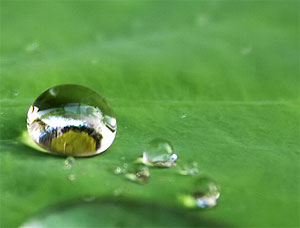 It is the cardinal virtue to be cultivated, which will open up the path to Buddhahood. Buddhist scriptures narrate the story of Asanga, founder of the Yogachara school, mastering the intellectual aspects of ancient texts and sutras, of his subsequent long meditations in search of the Self which left him disheartened many a time, before he decided to give up all practices.

On his way back to the town, he saw a dog whose body was being eaten up by maggots. The sight filled him with so much compassion that he resolved to remove the worms. This did not seem possible, so Asanga decided to cut the flesh from his own thigh to attract the worms to himself. When that also seemed insufficient, he decided to transport the worms to his own flesh by using his tongue. It is said that at that moment, the dog disappeared and Lord Maitreya stood in front of Asanga taking him into the great Samadhi. Maitreya is supposed to have told the great teacher that his fervent practice needed to be grounded in universal compassion to enable him to see that the Self he sought was actually omnipresent.

Karuna is seen as an integral element of spiritual practice, a prerequisite for being recognised as a Bodhisattva — a feeling arising not merely out of common pity but a heartfelt empathy which will not allow a realised soul to rest till he removes the veil of suffering and ignorance of all. Santideva, the Buddhist monk-teacher of Nalanda, sees compassion "as the root of the knowledge of the Omni-scient...". In Bodhiacharyavatara — A Guide to the Bodhisattva's Way of Life, Santideva delineates the way the "truly heroic beings" postpone attainment of nirvana until every other being also attains that bliss of enlightenment.

This uniquely ennobling principle is conceptualised as a way of life in Buddhist traditions, a brilliant psychological means to cultivate liking and equanimity for all fellow beings. Jeffrey Hopkins, a close associate of the Dalai Lama for over 10 years, puts the principle in perspective by seeing compassion as an essential psycho-meditative technique in itself, which "...allows us to tap our own potential for caring and processing the thoughts and beliefs that interfere with our ability to inter-act with others...and how learning to live from a more compassionate viewpoint, we create a better life not only for ourselves but for others...". To cultivate compassion is a challenge to identify and rise above our deepest dislikes and prejudices, to understand our innermost anxieties and fears, and to know that we actually mirror each other.

The interconnectedness of life can be felt only by a compassionate heart which would see beyond misconceptions and limitations of thought-mind, which the Dalai Lama emphasises, ".itself predetermines what we perceive...". Compassion is the healing meditative tool to tear away the veil of ego-centric ignorance that we are all separate entities. The contemplative path and the path of compassion are intertwined in Buddhist traditions. A Zen teacher said, "...compassion without wisdom would be sentimental, and wisdom without compassion would be unthinkable...they go together like the foot before and the foot after in walking".