Life's clearer away from the lights

Buddhist teachings can be very clear; applying them is the challenge.

Sydney, Australia -- IT IS said that one should never teach Buddhism unless asked, but since some readers have specifically requested me to write about what His Holiness the Dalai Lama taught in Melbourne, here goes. 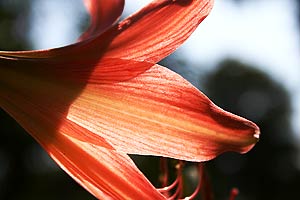 The goal of a Buddhist is to uproot one's ego, thus allowing the "clear light perceptive energy" of the natural mind to devote itself to the care and concern for all others. That was why I chose to write under a pseudonym when this column began in 1984.

After 10 years of applying Buddhist mental analysis, I began to realise just how vain and self-centred I am and that having my name in print would not do me any good. The grossly self-centred feed off attention, which, when withdrawn, leaves them desperate to regain the stage. For some, it's life under lights or not at all. (Now I'm just vain about my pseudonym.)

The advertised teachings were on The Eight Verses for Training the Mind, written by Geshe Langri Thangpa (1054-1123), who allegedly smiled only once. He saw a mouse trying to lift a turquoise that was too heavy for it. So the mouse called "Tsik tsik!" and another mouse turned up. One pushed the turquoise, the other pulled it and Langri Thangpa smiled.

The Eight Verses are deceptively simple. Try this one:

"Whenever I associate with others I will learn
To think of myself as the lowest among all
And respectfully hold others to be supreme
From the very depths of my heart."

The arrogance of pity and simperings of false modesty have no place in this. The mind that holds others precious is not one that collects tickets on itself. Such a mind is only possible after having reached some understanding of how perception and phenomena actually exist Consequently, the Dalai Lama spent most of the teachings going through another text by the first-century Indian saint, Arya Nagarjuna, which includes lines such as these: "A permanent and an impermanent cannot exist as the support and the supported." Difficult stuff. Once again I took reams of notes, comforting myself with the view that such teachings make "subtle impressions".

Some things are very clear, yet applying their truth in a lived manner is a monumental challenge. For example: years break into months, weeks, days, hours and then seconds - of which each one is divided into what is already past and what is yet to come. So where is the present? Whoosh! Suddenly, the certain landscape falls away - through logic and reason rather than belief or faith. The Dalai Lama often describes Buddhism as a bridge between religion and modern science, exploring the gap between reality and appearance.

But the habits of ego are much stronger than those "subtle impressions", which brings us back to The Eight Verses:

"When others, out of jealousy,
Mistreat me with abuse, slander and so on,
I will practise accepting defeat
|And offer the victory to them."

Easy to say - hard to do. Higher philosophical study does not warm the heart until it is accompanied by loving-kindness - we have enough doctors of divinity with concrete eyes, but when the Dalai Lama says the words "warm heart", you feel it.