Somerville, MA (USA) -- When defining ourselves, we first think of our names. But when prodded, it’s hard to come up with a complete answer. “I’m me,” we think. But why do “I” change with birth, age, sickness and death? Maybe “I” define myself by my job or reputation or spouse – or even by my search for happiness. But what are any of these compared to life and death? 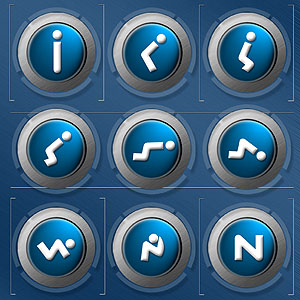 This is one question Shakyamuni Buddha thought about while he sat for 49 days under a Bodhi tree meditating on the truth of existence. He wanted to answer the question: "Who am I?"

Eventually, he realized there is no "I" at all. In life, we ask ourselves a lot of questions. But sometimes we forget to question the questioner. This is the purpose of Buddhism: To find the nature of consciousness. The meaning of reality.

Meaning starts with perception. And perception starts with a concept of "I." I have. I like. I want. I did. The "I" does so many things, but what is it?

Upon Shakyamuni Buddha's enlightenment, he realized that everything comes and goes. This arises. That fades. This exists. That disappears. The coming of this affects the going of that. They're related. In truth, everything is related.

All things are interdependent. But we pretend to live for the individual – for personal benefit. We're so small compared to everything else, but we tell ourselves we’re the most important. We're attached to “me” because we forget what Shakyamuni Buddha learned under that Bodhi tree – that all things, including ourselves, disappear over time.

We’ve learned to focus on the differences between one another instead of the commonalities. Our beliefs in independence describe how “I” am separate from “you.”

The symbol of Won-Buddhism is a circle. It represents a shared sense of “me” by all beings. Two thousand years ago, Shakyamuni Buddha called this “freedom from attachment.” One hundred years ago, Sot'aesan called it “beneficence.” Forty years ago, Martin Luther King Jr. called it “an inescapable web of mutuality.” They are all talking about the same thing – your “you” affects my “me.”

Our weakest moments come when we think we’re islands – when we think our decisions affect only what we see around us. This limits and confines us. But we can change it any time we choose. We can expand our vision. We can embrace the simple fact that we share a planet with billions of fellow beings.

We need our sense of “I” to do the basics of daily life – going to work, buying a book, eating lunch. But in a larger sense, the longer we lean on it like a crutch, the longer it will take before we can walk freely.

-----------------
Ordained in the Won Buddhist faith in South Korea in 1993, Rev. Kim came to the United States in 1996 to teach Buddhist philosophy and practice. She established a Won Buddhist temple in Somerville in 2003. For more information, go to www.wonbuddhismofboston.org.