HOUSTON, TX (USA) -- Dawn Mountain Center for Tibetan Buddhism hosted their celebratory symposium, Beyond Hard Knocks: Creative Buddhist Voices on Learning from Experience, on September 15 and 16, 2017 to illuminate the art of being mindful amidst today's chaos. 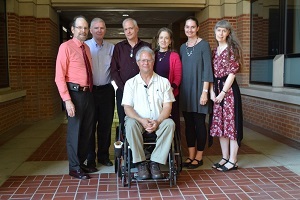 The symposium was held at Rice University, bringing together five experts in Buddhism and religion. Speakers emphasized how to maintain balance while facing challenge in the hopes that their guidance could provide comfort and clarity.

The event's meaningfulness to Houstonians was heightened due to the surrounding tumult caused by Hurricane Harvey.

"I had no idea I was going to learn something so pivotal about myself today," said a guest of the event, explaining that it was an experience that was personally transformative.

Dawn Mountain Center for Tibetan Buddhism, founded in 1996 by Anne C. Klein and Harvey B. Aronson, is a Tibetan Buddhist Temple, Community Center and Research Institute drawing from multiple Buddhist traditions and grounded in transmissions from the Ancient (Nyingma) lineage.   The mission of Dawn Mountain is to further the spiritual growth of our diverse community as a living bridge between traditional Tibetan Buddhist teachings and curious people everywhere.