SANTA FE, New Mexico -- The Upaya Buddhist Chaplaincy Training is a comprehensive two-year certificate program for a new kind of chaplaincy intended to serve individuals, communities, the environment and the world. The program, launched in 2008, is now accepting applications for 2009. 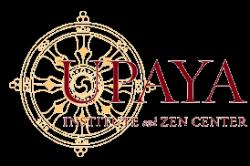 The Upaya Chaplaincy Program is open to those who wish to be ordained as Buddhist chaplain priests and lay chaplains, as well as those who wish to deepen their understanding of service from a Buddhist and systems thinking perspective. The training is intended to prepare students to have the skillful means to transform all forms of suffering, including suffering induced by structural violence.

Over the last 20 years, there has been a huge growth of Buddhism in the West. Upaya’s Chaplaincy program focuses on altruistic and compassionate applications of Buddhism in settings such as health care, hospices, prisons, jails and the environment. The program is based on the premise that those doing ministerial work are endeavoring to serve and heal not only individuals, but also environments and social systems. This approach, based on complexity and systems theory and Buddhist philosophy, is radically innovative and is the theoretical and practical basis of the training.

The Chaplaincy Program is part of the Zen Peacemaker Order, a leader in integrating spiritual practice with social action.

WHEN: The next training cohort begins February 27, 2009. Applications are now being accepted.

ABOUT UPAYA: The Upaya Zen Center is one of the most renowned and respected Buddhist centers in the world doing socially relevant programming, making it possible for new and seasoned practitioners to explore how the contemplative life forms a base for social action and service.