An Opportunity: Zen Ministerial Training In a Buddhist Monastic Setting 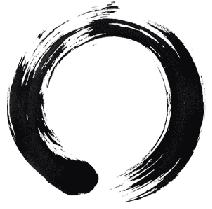 We are recognizing, at Zen’s 50th birthday in the West, that we have established the foundations of practice, but we have much work to do in helping Zen leaders to translate traditional Eastern rituals into skillful means that include giving Dharma talks, counseling sangha members, creating new rituals, working with group conflict and meeting the interfaith and engaged Buddhist communities.

These skillful means are traditionally learned within Japanese and other Asian temple communities, from lifelong close relationship with teachers, and Buddhist family rituals, from attending Buddhist Universities, and from centuries of examples of both lay and ordained Buddhists.

While we are currently emphasizing the art of meditation, study of Buddhist texts and learning ritual in larger Zen training centers, some Zen teachers, myself included, believe that it is time to teach the Zen equivalent of “seminary or ministerial training” that is customary in the West and the East.

This training means translating Zen maxims and Buddhist terms such as skandhas, vedanas and kleshas into familiar principles in our own language which include: patterns of perception, defensive style, neurotic thoughts, and unique abilities. Just as the Buddha intended, all of this adds up to knowing one’s personality, being clear about relationships, becoming more transparent in teaching as oneself, and understanding the unique differences that arise in sangha members.

Let us use the language that connects with our hearts and minds rather than trying to connect with 2500 year old terms from another culture and language. This also means applying some skill in group dynamics, a science that didn’t exist at the time of the Buddha, but will help to establish the foundation for a healthy sangha.

Some may dismiss these offerings as “just psychology.” I happen to believe that the Buddha himself was one of the first recorded psychologists. He was convinced that transforming human suffering meant studying one’s own mind with discipline and guidance.

He did not attribute ability to the traditional caste system of his time, but instead he developed a science and practice for self-observation and self-transformation that could be taught and practiced by any person who was motivated to do so. He did his teaching within a practical and a spiritual context - using all the resources that human beings may engage. “Everything is dependent on mind,” he said; “train the mind and happiness will follow”. This sounds suspiciously psychological to me; without depending on circumstances or conditions, we need to apply our focus to transforming the mind.

We need to transform the mind from a process based on craving and its consequent suffering to an energetic field that meets our own suffering and transforms it to compassion. When we have thus trained the mind, it is a vast resource for alleviating the suffering of all sentient beings.

Additionally, the Buddha left us with the message that we needed to translate his teaching, this practice into our own culture, our own language. This has been the unique strength of Buddhism as it has traveled throughout Asia from India, to Southeast Asia, to China, Korea, Japan and the West. Buddhism has also entered each culture, been assimilated, transformed the culture and transformed itself. In order to train effective Zen leaders we need to make this translation within our traditional practices, rather than just cloning or imitating the image and practice of our Japanese ancestors.

The Shogaku Priests Ongoing Training (SPOT) has been developing such trainings—trainings that encourage self-reflection in the midst of relationship and group, which are discussed with teachers and peers. There are also explicit training in giving a Dharma talk from your own experience of practice.

Rather than just practice silently, interactions and relationships are encouraged and viewed with compassion and wisdom to build trust and deepen insight.

Previously this training required a three year commitment; currently the training is being offered in three week residential intensives, within a traditional monastic schedule.