Buddha in the boardroom

When the Western desire to prosper meets Eastern philosophy, an interesting business tenet is born: you must give in order to get

Montreal, Canada -- It had all the markings of a standard Saturday business workshop: a dozen casually dressed people were sitting around a boardroom table in Montreal's IBM tower. They had paid $300 to $350 to attend. 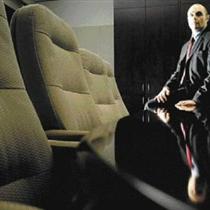 << Investment adviser Matteo Marricco has embraced The Diamond Cutter concepts: "The effects are ... that you start to make better (business) decisions."
CREDIT: PIERRE OBENDRAUF, THE GAZETTE

As they leafed through special workbooks, one of the two seminar leaders switched on a computer, starting a multi-media presentation.

But the session's bottom line was light years away from that of the conventional buttoned-down business world.

"To create the roots of prosperity ... we take what we want most and give it away," Gary Hirsch, president of the Enlightened Business Institute, said early in the day-long seminar.

You want to increase your wealth, give money away. That was the counter-intuitive message heard by participants, including a physicist, a potter, a language teacher and an investment adviser.

Hirsch, a Buddhist and former Washington state bureaucrat, teaches at the intersection of the business and spiritual worlds. His message, which is based on a popular book, has been taken as far afield as China.

To reinforce his point, the soft-spoken Hirsch told the story of a Colorado client, a real-estate agent who wanted to reverse a downward revenue spiral.

The man was advised to buy a bag of groceries for a homeless person. In no time, he was working to get the homeless into housing and - not incidentally, according to Hirsch - he had became his firm's top earner.

It was a matter of instant karma - sowing the seeds of what you hope to reap.

"We are talking about a belief system here. It's not something we can prove to you," said Hirsch, whose seminars are based on the 2000 book, The Diamond Cutter: the Buddha on Managing Your Business and Your Life, by Geshe Michael Roach. The book takes its inspiration from The Diamond Sutra, a sacred text of Buddhism.

In the book, Roach, a Buddhist monk now in a three-year silent retreat, tells how he secretly tested Buddhist principles for more than a decade while helping establish the Andid International Diamond Corp., a venture that started with $50,000 in capital and, in 2000, had annual sales in excess of $100 million U.S.

The book notes that the goal of business is to achieve prosperity and that prosperous people are ideally placed to help others.

Belief systems in the business world are becoming increasingly visible in workplace seminars and on the bookshelves of North America.

"I have a feeling that it has to do with the whole self-help culture that we are in at the moment," said McGill University professor Eric Caplan, of the Department of Jewish Studies.

Developing a "Torah of Money" for Contemporary Life, he said. An interesting aspect of the phenomenon is whether the business people who seek books based on ancient religious texts already have those values.

"Are the texts the motivator or is it that we want to do this particular thing and say, 'Look, there is a text saying we should do this,' " Caplan wondered.

Investment adviser Matteo Marricco was instrumental in bringing Hirsch and colleague Elizabeth Prather to Montreal. He has read and reread The Diamond Cutter, has met its author and was a private client of Hirsch's.

"It's not that I'm a Buddhist. I'm more a seeker of truth," said Marricco who works for CIBC Wood Gundy and who lined up the use of a company boardroom for the seminar.

"I've read the New Testament, the Old Testament ... a lot of spiritual material and try to filter it down to the common denominators," said Marricco who was raised as a Roman Catholic.

The Diamond Cutter and its Buddhist views are very practical for someone in his line of work, he said.

"If I put the client's needs first, knowing that if I take care of you, you will take care of me because that is a natural law ... and I know that I'm planting seeds that will bear fruit for the longest time," he said.

Since embracing Diamond Cutter concepts, Marricco said, he has looked beyond himself. He does volunteer work and gives a set portion of his earnings to charitable causes, without an eye on the tax receipt.

"The effects are - and I know this sounds far-fetched - that you start to make better (business) decisions," he said.

Whatever the reason, Marricco has generated more wealth for himself - and others - since he changed his world view.

When he started in the investment business, Marricco said he made about 50 cold calls a day soliciting clients and, at the end of the first year, was well short of what his company expected in terms of assets under his management.

About six months after he plugged into The Diamond Cutter, in the summer of 2003, the assets under his management had almost doubled. By last summer, those assets had grown by 100 per cent.

"Is it because I started being more generous and followed higher principles? I'd like to think that it is," he said.

"I can't prove this to you, but I live my life by this and I see the difference."

Most of the Quebecers who participated in Hirsch's session were, like Marricco, believers. And, like language teacher Judy Quenneville, many had signed up to add lustre to their personal and business lives.

"I can't be one person at home and another at work," said Quenneville who hoped the session would give her the tools for settling tensions at work so it would be a harmonious place when she takes her retirement soon.

Hirsch said that while most seminar participants are well-versed in the Buddhist underpinnings of his seminar, he has had some negative reactions.

Recently, he was hired to give the workshop to 25 managers of a U.S. energy company. The firm's president had read The Diamond Cutter, but the workshop participants hadn't.

"So to some to them, we probably seemed like crazy Americans," he said. "But that's good for us because we have to learn how to talk to people who have never heard of anything like it before."

The Enlightened Business Institute was Roach's idea and is currently generating about $225,000 U.S. in gross revenue, said Hirsch, who described it as a small startup firm with a future.