What Buddhism and Psychotherapy Are Learning From Each Other

One does not become enlightened by imagining figures of light,but by making the darkness conscious. -- Carl Jung

San Francisco, CA (USA) -- Whenever Buddhism has spread to another culture, it has interacted with the belief systems of that culture, resulting in the development of something new. Today the main site of interaction within the West is not Judeo-Christianity but psychology, a conversation that has led to innovative types of psychotherapy and, most recently, to the extraordinary success of the mindfulness movement. 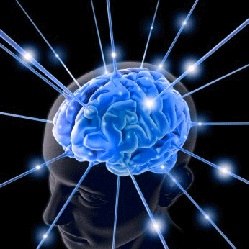 There is already a large and rapidly growing literature on the relationship between Buddhism and psychotherapy. Many Western-trained therapists have become Buddhist practitioners, and incorporate contemplative techniques into their therapy. Some of them have also become authorized as Buddhist teachers. Buddhism is providing new perspectives on the nature of psychological well-being, and new practices that help to promote it.

On the other side, more than a generation of Buddhist practice by committed Western students has made it apparent that meditation by itself is sometimes insufficient to resolve deep-rooted psychological problems and relationship difficulties. In its own short history the psychotherapeutic tradition has gained considerable insight into the mechanisms of denial, rationalization, repression, projection, and so forth, which can help us understand how Buddhist practice sometimes goes wrong--for example, the complicated transference/countertransference that can distort the relationship between therapist and client (or between teacher and disciple).

Transference, as originally defined by psychoanalysts, is the unconscious tendency of a patient to take emotions and behavioral patterns felt toward one person (for example, a parent) and transfer them to another (such as one's therapist or guru). Countertransference occurs when the therapist (or teacher) also gets caught up in that transference. If a spiritual teacher is surrounded by a coterie of devotees who look upon him or her as god-like, that is transference. When that teacher begins to agree with them, that is countertransference--a delusion incompatible with our usual understanding of awakening, but not uncommon.

Traditional Buddhist teachings do not highlight such mechanisms because the focus has been different. Buddhist practice emphasize nonattachment to "empty" psychological phenomena, while psychotherapy emphasizes understanding how those phenomena affect our relationships, including one's relationship with oneself. The important discovery is that these two approaches can supplement each other because they share the same basic concern: alleviating our suffering.

The main challenge for each side in this dialogue is resisting the temptation to swallow the other. It's easy for a therapist to reject Buddhist awakening as an escapist fantasy, and just as easy for Buddhists to dismiss a psychotherapeutic focus on relationship problems as obsessing with past events rather than realizing one's true nature and living fully in the present. This temptation is aggravated by the fact that the cultural and historical gap between them is so great, which tends to activate Eurocentrism ("the intellectually imperialistic tendency in much Western scholarship to assume that European and North American standards and values are the center of the moral and intellectual universe," according to Jeffrey Rubin) or to idealize Orientocentrism ("the idealizing and privileging of Asian thought--treating it as sacred--and the neglect if not dismissal of the value of Western psychological perspectives"). If we are honest with ourselves, most of us have a bias favoring one side or the other.

It's not easy to steer a course between them, and that's the challenge: together they can help to free us from seeking a security of sorts by identifying with one particular way of thinking, such as the categories of Freudian psychoanalysis or the paradoxes of Chan/Zen. Rubin, a Buddhist psychotherapist, describes this pitfall in his book Psychotherapy and Buddhism:

Fitting in with the institutional ethos, including minimizing self-vulnerability, enables trainees to solidify their precarious status. Embracing the theories of the school to which one identifies offers a sense of intellectual and emotional comfort.... It also gives one a stable identity and sense of belonging. But it fosters unrealistic ideals and expectations of self-knowledge, self-mastery, and selfless service, as well as a phobic stance toward emotional distress and vulnerability. Psychotherapists may thus have great difficulty acknowledging or coping with their own vulnerability.

For trainee psychotherapists substitute Buddhist practitioners and the passage offers as much insight into where Buddhists can get stuck.

Dwelling "in-between"--what might be called the position of no fixed position--does not mean rejecting either perspective but being able to appreciate both. Each can be helpful, according to the situation, yet neither has exclusive claims to The Truth. Irvin Yalom makes this point well in his book Existential Psychotherapy:

Therapists may offer the patient any number of explanations to clarify the same issue.... None, despite vehement claims to the contrary, has sole rights to the truth. After all, they are all based on imaginary "as if" structures.... They are all fictions, psychological constructs created for semantic convenience, and they justify their existence only by virtue of their explanatory power. [Yalom's emphasis]

We need such fictions because our minds do not function in a vacuum but are activated by such constructs.

The Buddha was also careful not to set up his teachings as the only truth. In the Canki Sutta he says, "It is not proper for a wise man...to come to the conclusion 'this alone is truth, and everything else is false.'" He compared his teachings to a raft that can be used to ferry ourselves across the river of suffering to the "other shore" of enlightenment, but not afterwards to be carried around on one's back. If all psychotherapeutic explanations are imaginary "as if" structures justified by the ways they help us change, and if Buddhist teachings are roadmaps showing us the way to go, then the door opens for a genuine cross-cultural inquiry with profound implications for how we understand and transform ourselves.

That door may be open, yet it's also important not to minimize the challenges involved in a dialogue between two such very different approaches. Traditional psychotherapeutic approaches are concerned to help heal the self, whereas the Buddhist model of well-being emphasizes liberating insight into the delusion of self and developing what Rubin terms "non-self-centric subjectivity." Neither tradition by itself provides the full picture of who we are, what our problem is, and how we transform.

The good news is that the burgeoning field of Buddhist psychotherapy is aware of the difference and has begun to explore the relationship between the two. We can be hopeful about the future of this dialogue because it is anchored empirically in what really works to reduce the dukkha "suffering" of therapeutic patients and Buddhist practitioners.

Given the pre-modern roots of the Buddhist tradition, the question from a psychotherapeutic perspective is whether Buddhist teachings mythologize the developmental process insofar as they understand the ultimate goal as transcending this world of suffering and delusion. Given the secular roots and pragmatic goals of psychotherapy, the question from a Buddhist perspective is whether such therapies still retain too limited an understanding of our human potential, ignoring possibilities that transcend conventional assumptions about what it means to be human.

The tension between these two questions is what makes the conversation between Buddhism and psychotherapy so fascinating--and important.