The Pope isn't the only holy figure reaching the masses in cyberspace.

San Francisco, CA (USA) -- With the help of Paul Ekman, a psychologist who consulted on the 2015 Pixar film "Inside Out," and the data visualization firm Stamen Design, the Dalai Lama has launched a new website meant to give people a map for understanding their feelings.

It's called the "Atlas of Emotions." 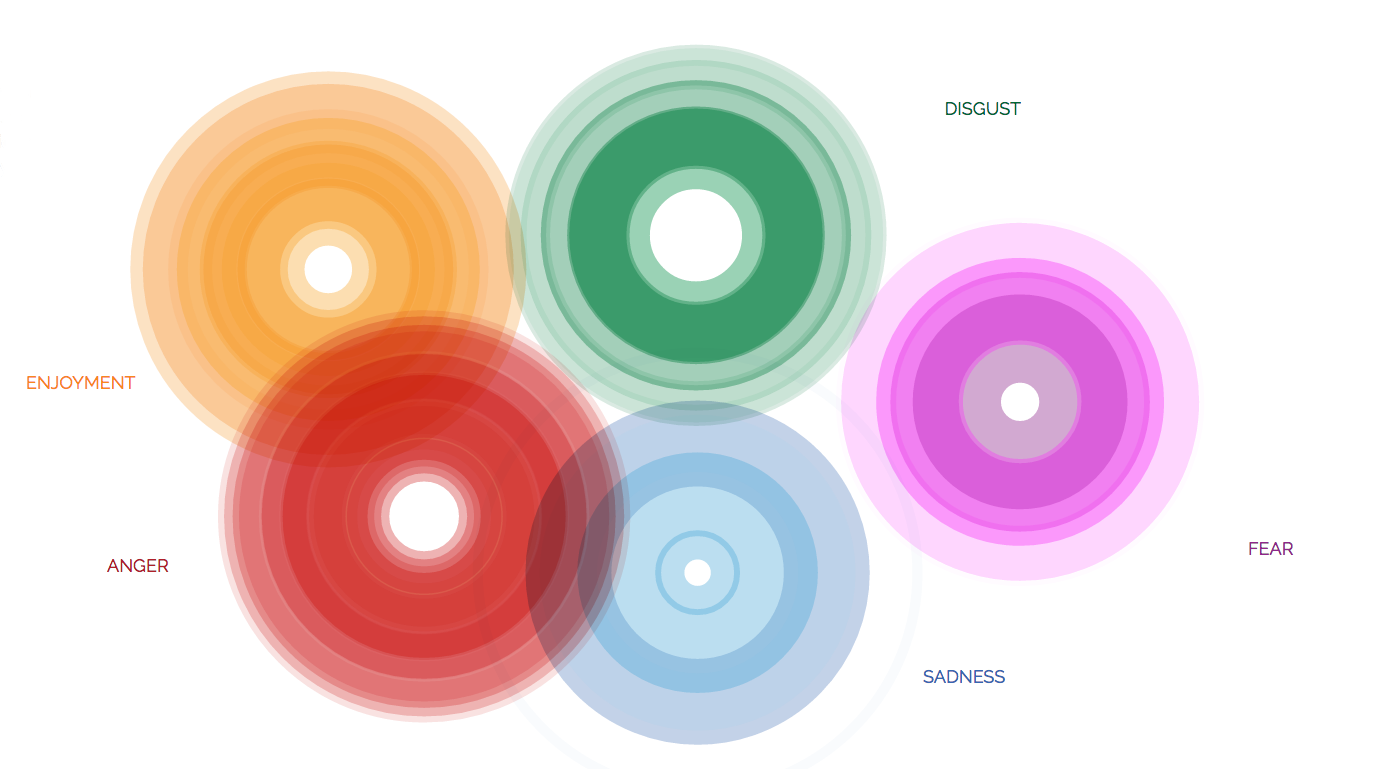 "When we wanted to get to the New World, we needed a map," Ekman recalled the Dalai Lama telling him, according to the New York Times. So the psychologist was tasked with devising a similar guide for navigating our internal worlds — of fear, disgust, enjoyment, sadness, and anger.

Those five emotions are by no means exhaustive, but according to the survey of 248 scientists Ekman conducted, they covered the full spectrum in a way that was easiest to understand.

The survey also yielded insights into how those emotions work, such as where they come from and how people tend to deal with them. Those findings were then turned into the Atlas of Emotions, an interactive map that lets people click through the five emotional "continents" to learn more about them.

Once you dive into a specific continent, a sidebar appears giving you the choice to learn more about that emotion's states, actions, triggers, and mood.

Each state is divided along a continuum of intensity. Enjoyment, for example, ranges from sensory pleasure (like the texture of a juicy steak or the beauty of an art exhibit) all the way up to ecstasy, which Ekman's research defines here as "Rapturous delight. A state of very great happiness, nearly overwhelming."

One of the helpful features of the Atlas is that users get a list of sample triggers for that emotion. People derive different forms of enjoyment from spending time with family, eating chocolate cake, or volunteering in their community, among many others.

The experience ends with the final mood produced by the emotion, which, in enjoyment's case, is elation. And so the breakdown goes with the four other emotions.

The Dalai Lama reportedly paid Ekman at least $750,000 to compile the research behind the comprehensive, user-friendly guide. He thinks it's necessary for cultivating compassion.

The website maintains that having a deep emotional awareness is vital for living proactively, instead of in a reactionary state.

"The goal of the Atlas of Emotions," it reads, "is to help people become aware of the impulse to act before acting and then choose whether to engage, and if so how to engage."
TOP