SYDNEY, Australia -- Australian researchers said Monday they had scientifically proven a long-suspected link between emotional stress and illnesses ranging from the common cold to cancer. 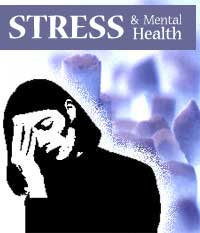 The group from Sydney's Garvan Institute found that a hormone released into the body during times of stress, neuropeptide Y (NPY), undermined the body's immune system and literally made you sick.

"Until now there has mostly been circumstantial evidence of a link between the brain and the immune system, but now we have that connection," said the institute's Fabienne Mackay.

"During periods of stress, nerves release a lot of NPY and it gets into the bloodstream, where it inhibits the cells in the immune system that look out for and destroy pathogens in the body," she said.

"That stress makes you sick is no longer a myth, it is a reality and we need to take it seriously."

The group's findings were published in Monday's edition of the Journal of Experimental Medicine and the researchers said they hoped their work would lead to new kinds of therapeutic intervention.

Herbert Herzog, another of the scientists, said neuropeptide Y had been known to affect blood pressure and heart rates, but discovering its impact on the immune system opened up new doors for tackling some illnesses.

"That makes you more vulnerable when you for example have a cold or flu and even in the more serious situations such as cancer can be enhanced in these situations," he said on ABC radio.

Other illnesses with a link to stress include rheumatoid arthritis, multiple sclerosis, Crohn's disease, type 1 diabetes and lupus, the researchers said.

Mackay stressed that it would take years to develop drugs to counter the affects of NPY and that the best short-term solution for people was to combat their stress.

"The best thing to do is to remove stress from our lives just by reorganising the way we live, changing our lifestyle and using things like yoga and relaxation to the best of our ability," she said.